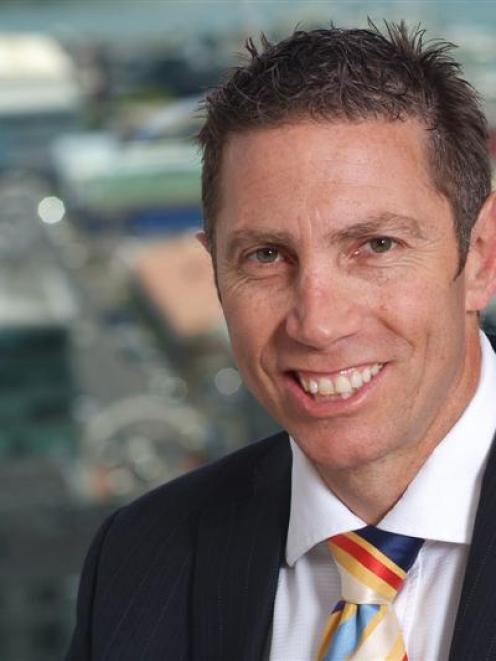 "It is the time of the geeks" ... Joe Caccioppoli.
Social networks, Twitter and mobility are all technological trends that would need to be considered carefully by businesses as staff became more accustomed to using them, Gen-i head of mobility Joe Caccioppoli says.

The pace of change meant new ideas became yesterday's technology "just like that".

"Tomorrow's organisations need to be agile.

Mr Caccioppoli was in Dunedin to present at a FWD.

Live workshop which focused on cloud computing and technology of the future.

He had some chilling statistics.

Latest figures showed that New Zealanders worked more hours, on average, than any other OECD country except Iceland.

"A few years ago, New Zealanders used to look at Japanese workers and say there was no way we would be like that.

"Now we work more hours than the Japanese.

"We need to face up to the challenge of the economy and the pace of change.

"These challenges will not be solved by asking staff to work harder," he said.

Last year, Mr Caccioppoli presented figures at a similar workshop showing that if Facebook was a country, it would be the eighth largest in the world.

Now, with 500 million members, it would be the third largest country.

That was a testament to its popularity globally, he said.

About 10 billion texts were sent each day and about 14 million of them were sent in New Zealand.

The online community was now sending more messages from the Facebook and Twitter platforms than the total of daily emails, he said.

Research house Gartner estimated that by 2010, more people would access the internet from their mobile phones than from fixed broadband.

"This shows that technology is cool. It is the time of the geeks."

One of the true tests of that statement would be a quick survey of the number of IT staff being employed by businesses, Mr Caccioppoli said.

Five years ago it was not uncommon for businesses to have just one IT specialist.

Now, it was common to have a large team of IT specialists because of the increasingly complex nature of technology.

"We are dealing with a tech-savvy workforce.

"For employers, that gives some real challenges.

"Complicated is the new simple."

While most employers said they wanted something "simple" from their IT expenditure, in reality that meant all sorts of programs and applications that were anything but simple, he said.

Technology flaws could not be hidden.

When the iPhone 4 experienced problems, thousands of people got online to discuss the problems and how to fix them.

A few years ago, [only] a few geeks might have noticed the problems.

That was the same for a product or a service.

If it was cool, it would be spread around the world instantly, Mr Caccioppoli said.

Another new phenomenon was "crowd sourcing" but in this case it was used for human resources.

Crowd sourcing gave people access to a global community and skills that might not be readily available in the local workforce.

Specialists could be hired online to meet specific requirements or manage the ebbs and flow of a business cycle.

Following the Christchurch earthquake, Gen-i staff used Facebook to communicate with each other when other means of communication were not available.

The wider Canterbury community also adopted Facebook as a way of telling their friends how they were and asking about others.

State Insurance was now adopting the crowd sourcing model by asking people to name their three favourite things they would want to save in a disaster.

State then intended to have insurance policies to protect the three most prized possessions, leading to policies priced to not include things people did not value, Mr Caccioppoli said.

Another trend was Generation Y staff members wanting to bring their own technology to work.

Younger workers expected to be able to use technology of their choice rather than what an employer was planning to provide.

That could be a desktop computer, a laptop or a mobile phone with internet capability.

A large government department had adopted the policy of providing staff with a two-year budget for staff to bring their own technology to work.

Gen-i was working with the department to ensure that the networks were protected at a high level and that data would not be compromised by the use of outside hardware, Mr Caccioppoli said.

The policy was expected to increase productivity and improve staff retention.