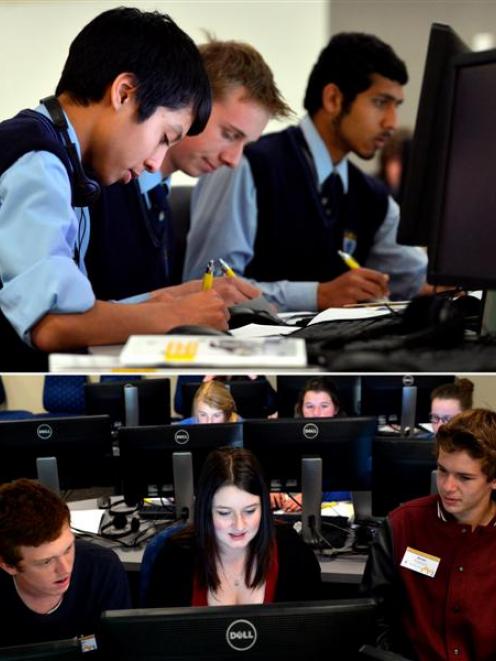 About 50 senior secondary school pupils from Dunedin, Cromwell and Gore developed proposals for the use of emerging technologies at a workshop organised by the University of Otago Business School in Dunedin yesterday.

The 2012 Otago Technology Innovation Challenge aimed to introduce pupils to the latest technology being researched within the business school's information science department.

In groups of three, pupils were asked to identify a problem which could be solved, or business concept to be developed, through the use of emerging technologies.

Ideas included the lazy lawnmower, which would determine the most efficient way to cut grass in a certain area then perform the task.

Another team explored the use of public consultation technology to develop and share recycling strategies within communities.

A GPS programme which could be adapted by users with smartphone technology to provide real-time traffic and road conditions, as well as best-route suggestions, was the brainchild of one team.

Others developed the idea of using digital technology to simulate various interior furnishings within a real space, enabling home buyers and decorators to test designs.

It was the sixth annual challenge, which was also being offered to Wellington pupils this week.

The day-long workshop culminated in the presentation of each team's proposal before a panel of judges.