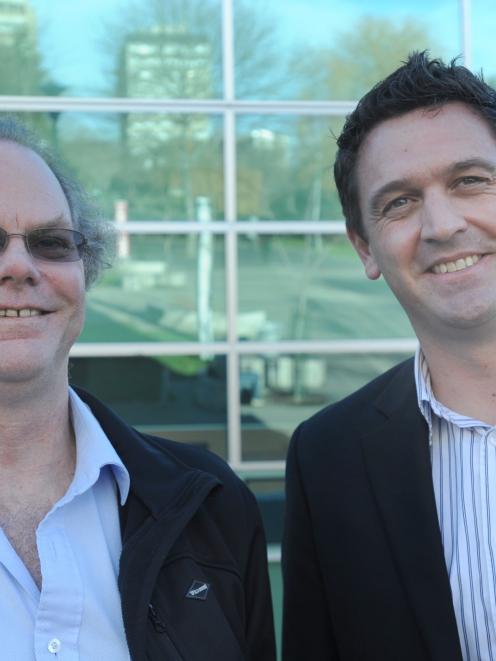 Christchurch-based Jade Software Corporation has had a busy few months. At the start of the year, DCT Gdansk achieved its goal of becoming the new container hub for the entire Baltic Sea region.

Jade began the expansion of its logistics division into Europe in 2007 with the commissioning of DCT Gdansk, in Poland. Since then, its marine terminal operating system - Jade Master Terminal , or JMT - has been adopted by top terminal operators around the world.

Jade chief innovation officer John Ascroft was at the forefront in the development of the port management system when it was installed in the Port of Otago in 1994. Since then, the software had been sold globally.

"To give an idea of scale of these vessels and how much the Baltic terminal will transform the logistics of containers in Europe, Maersk's post-panamax ships can carry more than 8200 20-foot containers."

Post-panamax ships were too large to use the Panama Canal and were more than twice the size of vessels that called on smaller routes.

As a result, DCT Gdansk was expected to become Poland's largest terminal this year.

Jade had also recently deployed JMT in Iraq and Norway. It was operated extensively in New Zealand and Australia along with Italy and Abu Dhabi.

JMT was selected in February as the terminal operating system for the port of Ruwais, Abu Dhabi, managed by Gulftainer.

Gulftainer was recognised as one of the most productive terminal management companies in the world, Mr Richardson said.

"Gulftainer is a key strategic customer for the company's growing marine terminals business in major ports around the world.

"We are pleased to expand our JMT footprint into the Middle East with award-winning terminal operator Gulftainer."

The company was developing the rail equivalent, which was already running in Germany and North America.

In May, Jade secured multimillion-dollar contracts with two of Europe's leading rail freight operators. Many rail freight operators were beginning to use the same strategies as ports to optimise operations and make their businesses more sustainable. Jade was expanding its logistics product portfolio to capture a share of that market.

In container ports, the focus had evolved from simply moving boxes to increasing the sophistication of data services, he said.

"These combine to boost earnings by ensuring that revenue leakage is eliminated and the operation is transparent to the key stakeholders of the port.

"With so many easy wins now exhausted, international port and rail operators are digging deeper for efficiencies, turning to innovative systems and technologies to capture, combine and process data."

Messrs Richardson and Ascroft were in Dunedin this week to meet members of the Distiller Lab, at the University of Otago Centre for Innovation.

The visit was part of Jade's move towards the open innovation model where it was sourcing ideas from people other than its own staff.

The men believed there were major opportunities for the New Zealand software community and by building closer ties with incubators like Distiller and Dunedin Upstart, Jade would keep developing products that led the world.

Dunedin produced the type of entrepreneurs and developers Jade liked - people who broke the rules and found products that could solve the problems of business, he said.

Jade, in collaboration with Dunedin developers, could help get products to market.

Two-thirds of Jade's $50 million annual revenue was from exports, brought back to New Zealand and mainly spent on development.

"We are moving beyond being an investor. We are looking how to take it from an invention, to the entrepreneur and on to the market. That will give IT graduates a reason to stay in Dunedin and an opportunity to earn a living.

"It creates a sustainable business to build on and we can play a role from helping start-ups through to providing channels to push the business model.

"There is no reason for the next Facebook not to come from Dunedin and we want to be part of it."

Mr Ascroft said Jade had a "smart team" around the country and many of the products on the world market were developed in-house.

In Dunedin, there were 10 Jade people who managed the Fonterra share registry and logistics for The Warehouse - two of Jade's largest customers.

The next "big thing" for Jade was JOOB, a next-generation data storage solution which was launched in its beta (protoype testing) form last month.

It promised to be "dangerously fast", with in-house benchmark testing indicating JOOB was up to 50-times faster than alternative systems, he said.

The company hoped that universities and polytechnics that had been teaching Jade would now start teaching JOOB in the near future.

Among the other international products Jade produced was an investigation product being used by Scotland Yard, in the United Kingdom.

The program had the ability to draw together complex cases under investigation such as car registrations, what house the car was seen at, what phone calls had come from the house and who owned all of those things.

But pulling together all of the information, authorities could build up a wider picture of any offending, Mr Richardson said.

THE COMPANY
- Jade Software Corporation has more than 30 years of experience in software research, development and product support.
- Established in 1978, the company was built on the success of the software product LINC, created by Jade's founder, Sir Gil Simpson.
- Distributed by Unisys Corporation, LINC was adopted by more than 4000 organisations worldwide, generating billions of dollars in revenue.
- In 1987 the company launched an outsourcing and services venture, which built and managed LINC systems for hundreds of corporate clients.
- Launched in 1996, the Jade technology is used by more than 2000 organisations worldwide.