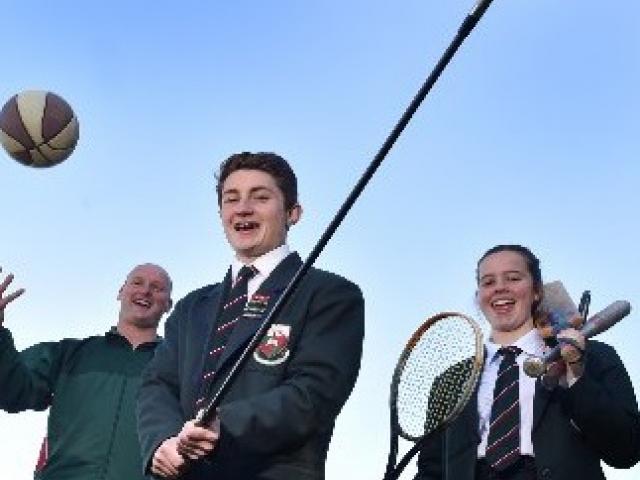 Last month it was rotten apples, loaves of mouldy bread and stinky yoghurt past its use-by date.
It's not what we look like. It's who we are inside that matters.
In the morning of the equinox, when the sun rose and bathed the horror of what had happened in perfect pink light, I ran.
About 250 years ago, careful hands shovelled dirt over the rusty, metal capsule.

Kaikorai Valley College teacher Greg MacLeod is surrounded by pupils after arriving for class yesterday dressed as Edna Turnblad, his character in the upcoming Musical Theatre Dunedin production Hairspray.
''Garry O'Grumboots was a crotchety old man. On Tuesdays he loved nothing more than to chew the furniture, swear at his cat and ... ''
The teacher slammed her fists on the desk.
I'm getting too far from the base.
Former police commissioner Howard Broad is again rallying the troops - this time, former Kaikorai Valley College pupils to establish the school's alumni association.

A manufacturing delay means the long-awaited return of blazers to the Kaikorai Valley College uniform has been prolonged.

Two Dunedin schools, Kaikorai Valley College and Queen's High School, have been included in a pilot project that will use sport as the catalyst to improve academic performance in the classroom.

For more than 50 years, the administration block at Kaikorai Valley College has remained almost untouched, with funding priorities directed to classrooms and equipment for pupils.
A Dunedin secondary school has become the first in Otago to approve a new "cyber citizen agreement", which could see pupils stood down or suspended if they misused the school's computer equipment.

Kaikorai Valley College pupil Jayde Peat has never let his severe haemophilia get the best of him and later this year he will again defy his disorder by representing New Zealand in Sydney as part of the national under-15 mixed touch team.
Hi. My name is Kathleen, obviously, as this is my diary.
As Sir Peter Blake once said: "The hardest part of any big project is to begin."