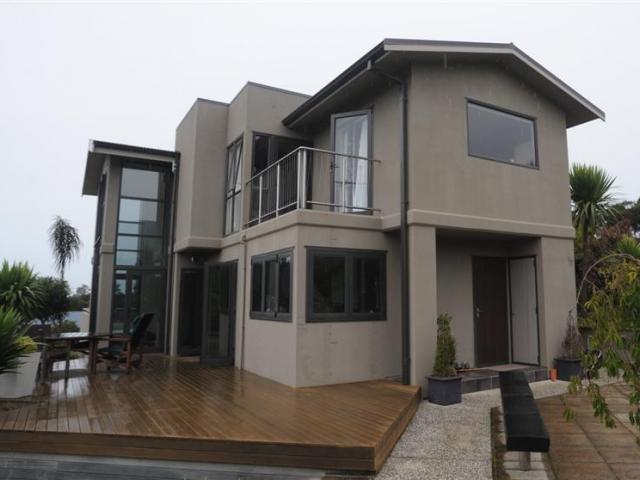 The cost of dealing with leaky homes in Otago is climbing for councils and ratepayers, but some homeowners with claims appear to be missing a crucial deadline.

The Queenstown Lakes District Council's bill for leaky homes has topped $3.6 million, but the council still faces more claims that could add significant sums to the total, new figures show.

The principal builder of a Dunedin leaky home has bought the property as part of a confidential settlement with its former owners, it has been confirmed.
The family at the centre of a leaky home settlement with the Dunedin City Council say they are thankful their fight is finally over.

The owners of a more than half-million-dollar leaky home in North Dunedin have reached a settlement with the Dunedin City Council after more than a year fighting for "a way out".

A Dundin family living in a leaky home face the possibility of a second winter in "hell" unless parties, including the Dunedin City Council, agree to a mediated settlement soon.
Thousands of leaky-home victims could miss out on Government and council help if they do not register claims by next week.
Dunedin city councillors have thrown their support behind the Government's $1 billion leaky home package, amid concerns the discovery of more problem homes could be on the horizon in Dunedin.

The one thing to be said with confidence about the "leaky homes" saga is the bucket of financial recompense beneath it is not bottomless. Arguments about the extent and apportioning of blame will continue, but there had at some point to be reckoning.
The Dunedin City Council will consider signing up to a $1 billion package requiring it to pay a share of leaky home claim settlements in future, a council manager says.
The Government says its new leaky homes legislation does not exclude apartment owners, but 75 percent of owners in a building would have to agree to stump up their share.

A Dunedin family living in a half-million-dollar leaky home are hunkering down for winter in a single room, surrounded by thermal drapes to keep warm.

A Dunedin family watching their half-million-dollar dream home crack and crumble around them have received confirmation it is a leaky home, but now say it may have to be demolished.
Dunedin Mayor Dave Cull has organised a meeting with senior Dunedin City Council staff and the owners of a $550,000 allegedly leaky home, to be held later today.

A Dunedin family living in what they claim is a half-million-dollar leaky home say the first results of a Weathertight Homes Resolution Service (WHRS) inspection prove their home is "dangerous".

A half-million-dollar dream house in Dunedin appears to be a leaky home, prompting a cry for help from the family living in what they say has become a mouldy nightmare.

If the Government is to be commended for finally coming up with a proposal over the long-running leaky homes saga, there will be those puzzled by or resentful of its logic.
The Government will spend $1 billion over the next five years fixing some leaky homes - if the nation's mayors agree to its latest proposal.
The Treasury is disputing a report undertaken by North Shore City Council suggesting the Government will reap large GST windfalls from work done on leaky homes.
The cost of the leaky building crisis beats anything New Zealand has faced but will enrich the Government by at least $2 billion.