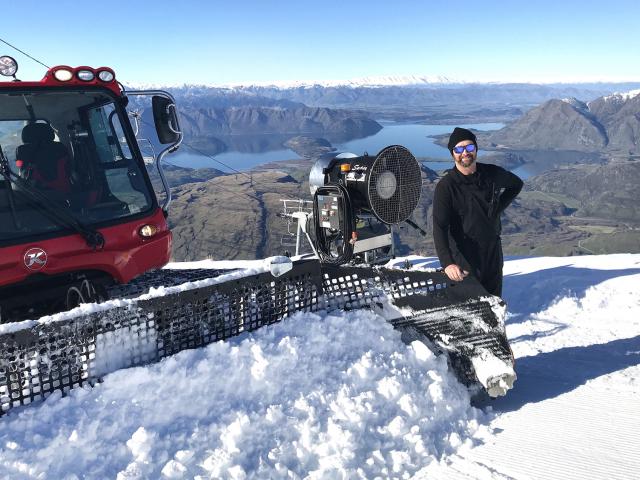 Two Lakes District skifields will be open this weekend, but not the one claiming to have the best snow.

Snowsports have always been the individual against the mountain.

Three days of snow have given the Queenstown Lakes district's skifields an early shot in the arm.

While completing their "summer" training programme at Coronet Peak, the Russian men's and women's alpine ski teams have also been competing in a transtasman competition.

While the United States summer Olympic sport's team is carving up the opposition in London, the country's winter Olympians are carving up the snow slopes on Coronet Peak.

NZSki hopes the Coronet Peak ski area will reopen for snowsports enthusiasts today after the ski area was closed all day yesterday because of the rain-soaked snowpack.
Two international visitors living in Wanaka for the winter have had their ski season cut short after being the first people this year to be trespassed from all the region's skifields.

In part two of our weekly winter series Off Piste, profiling NZSki staff at Coronet Peak and the Remarkables, Michele Fuller fills us in on the ups and downs of her job.

Police and mountain safety officials are reminding skiers of the importance of staying within skifield boundaries after two Coronet Peak skiers were lost and then found over four days this week.

When Wanaka's skifields received an early fall of snow this week, few were more pleased than one of Treble Cone's most senior skiers, Betty Main.

The Pisa Alpine Charitable Trust is in good heart as it works towards its goal of raising about $2 million to buy the Snow Farm from the Lee family by September.
NZSKI says it would be "naive" to think recent natural disasters in New Zealand, Australia and Japan would not have an impact on the 2011 season, but it was "too early to tell" if the impact would be negative.
Tim Cafe, of Queenstown, has celebrated a career best finish at the Alpine World Championships in Garmisch, Germany, coming 31st in super G - one-hundredth of a second off 30th position.

The introduction of new ski-pass technology has been hailed the biggest success of the past ski season by NZSki chief executive James Coddington.