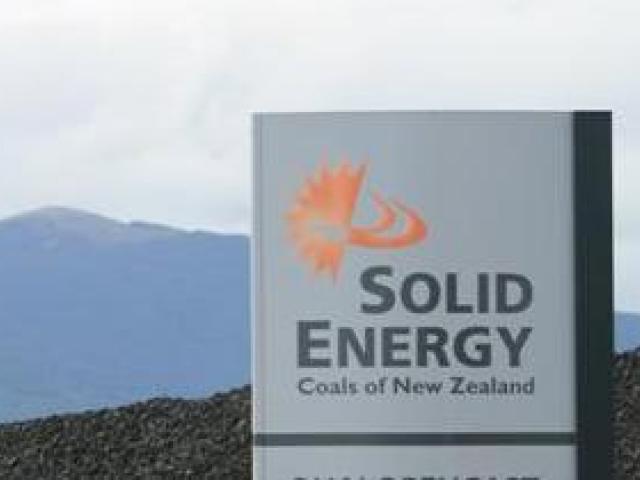 An anti-coal group has today questioned who would consider buying struggling state-owned coal company Solid Energy, citing the recent example of an Australian mine being sold for just $1.

Solid Energy did all it could to avoid the latest round of job cuts on the West Coast, the Finance Minister says, but the coal market has made it too difficult.

Solid Energy's briquette plant south of Mataura has been sold to Australian-based company GTL Energy.
Plunging global coal prices have forced Solid Energy to further slash its workforce by almost 200 jobs at its West Coast open pit Stockton mine, the country's largest coal mine.
Solid Energy's predicament because of slumped global coal prices reflects Bathurst Resources' dilemma.
Continued weak international coal prices contributed to a 28% fall in revenue in the six months ended December for troubled Government-owned coal producer Solid Energy.
One of the country's largest farm offerings is on the market in Southland, the more than 2000ha made up of nine farms held by state-owned enterprise Solid Energy.
Solid Energy's future appears less certain than the information released by the company yesterday on its debt restructuring by banks and a noteholder.

All that remains after the mothballing of Solid Energy's contentious $29 million Mataura lignite plant is a divided community and tenant farmers, says the environmental group which fought the state-owned enterprise's plans during the past two years.

Beleaguered state-owned enterprise Solid Energy is mothballing its contentious $25 million lignite-to-briquettes plant near Mataura.
Troubled state-owned coal miner Solid Energy is looking to the future and a reinvestment in its key coal mining regions once there is a sustained improvement in the market.

The effects of plunging global commodity prices will be high on the agenda of New Zealand's annual mining conference this week, with hundreds of New Zealand jobs shed during the past year and all companies under operational reviews.
Solid Energy has signalled further redundancies at its Stockton mine in the face of an ongoing decline in global coal prices.

The Government's tagging of $100 million to prop up ailing state-owned enterprise Solid Energy from the $3.5 billion Mighty River Power part-sale has been described by Labour as a ''cover-up gone wrong''.

Solid Energy's $29 million briquette plant will stay in Mataura for the short term, but its future is not certain, as the state-owned-enterprise hands operations over to its Australian-based partner.
The collapse of state-owned coal producer Solid Energy has been well documented in recent months.

Any Government bail-out of financially stricken Solid Energy could cost far more than the $389 million of debt identified by Minister for State Owned Enterprises Tony Ryall.
Solid Energy's financial woes became public in August last year, when it flagged the likelihood of a $200 million slump in revenue.

Solid Energy's controversial plans to utilise billions of tonnes of Southland lignite appear to be at an end as the company fights for its financial survival.