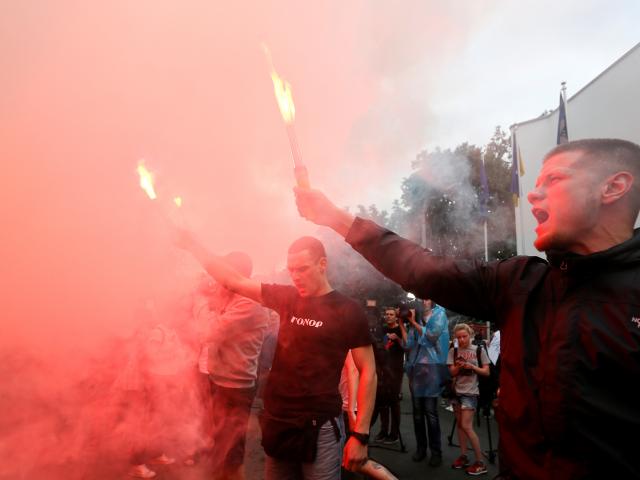 Two Ukrainian police officers were arrested on suspicion of murder, accused of fatally shooting a 5-year-old boy while drunkenly firing weapons at cans and bottles in the courtyard of an apartment building.

The success of a US television miniseries examining the world's worst nuclear accident at Chernobyl has driven up the number of tourists wanting to see the plant and the ghostly abandoned town nearby.

Ukraine accused Russia of illegally seizing three of its ships in the Black Sea after opening fire on them, a charge that if confirmed could ignite a dangerous new crisis between the two countries.

Poland's president signed into law a bill that imposes jail terms for suggesting the country was complicit in the Holocaust, prompting sharp criticism from Israel and the United States.

Ukrainian police freed the remaining hostages being held in a post office by an man believed to be strapped with explosives, and arrested the hostage taker after an hours-long standoff in the city of Kharkiv.

Massive explosions and a blaze at a military ammunition depot in central Ukraine forced authorities to evacuate 24,000 people and close airspace over the region, officials said

US Energy Secretary Rick Perry optimistically discussed expanding American coal exports to Ukraine and other energy matters during a lengthy phone call this month with a Russian prankster who Perry...

The Netherlands unveiled a national monument in memory of the 298 people killed in the downing of a Malaysia Airlines jetliner in 2014 above territory controlled by pro-Russian separatists in eastern Ukraine.

Ukraine is facing a substantial fine over delays in the organisation of May's Eurovision song contest and a decision to bar Russia's entrant from entering Ukraine.

A ransomware virus attack hit computers across the world, taking out servers at an oil company, banks, and shutting down servers at multinational companies.

Russia's state broadcaster has said it will boycott this year's Eurovision song contest after the host country, Ukraine, said it would bar entry to the Russian contestant and Moscow rejected two possible compromises suggested by organisers.