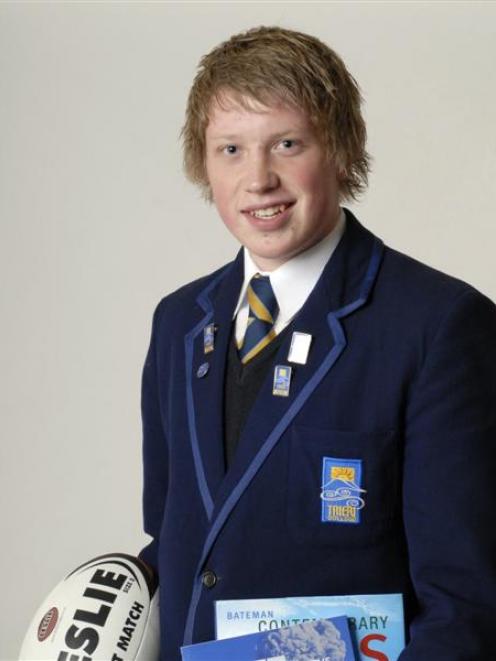 The Taieri College head prefect had the entire collection of Where's Wally books, which have large-scale drawings of Wally well-hidden among people going about their daily lives in different countries.

The images sparked Hayden's intrigue with other countries from an early age, and now he wants to study history and geography at the University of Otago.

He is interested in civilisations and how the world will cope with the expanding population in the future.

‘‘The population is getting bigger, but the space on which we live is not. I'd like to study the continued impact of humans on the Earth and vice versa. I would also like to look into solutions for dealing with this predicament.'' Hayden is well-prepared for his chosen career.

Already he has achieved NCEA level 1 and 2 with excellence endorsements, he was awarded academic Blues in 2008 and 2009, and has been first in geography for the past two years.

Despite his academic success, Hayden says being appointed head prefect was his proudest moment.

He has spent his entire secondary education working towards the goal of becoming head prefect, just like his older brother. ‘‘It fulfilled a long-term ambition.'' Hayden says it is important to be well rounded and believes sport is one of the keys to achieving it.

‘‘Trying to maintain a balance in academic achievement and sport, as well as having a social life is my greatest challenge. But I work hard at it because it's important to stay well rounded.''

Hopes for the future: To study history and geography at the University of Otago.