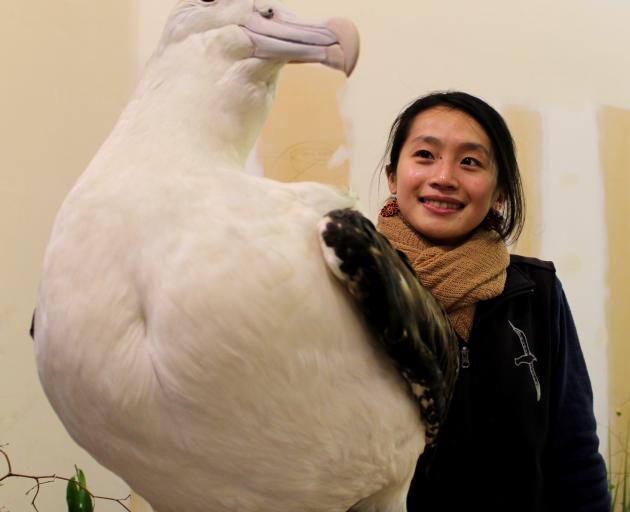 Royal Albatross Centre educator Janice Huang admires preserved albatross Victoria, who was about 6 years old when she died on her return to Taiaroa Head after spending four or five years flying around the southern hemisphere.PHOTO: SIMON HENDERSON
Bugs, birds and buckets of soil are usually actively avoided inside shopping malls, but for the sake of science, a corner of Meridian mall became a world of natural wonder.

The New Zealand International Science Festival ‘‘Outside Inside Forest’’on the lower level of the mall showcased some of the creatures that can be found in the region. 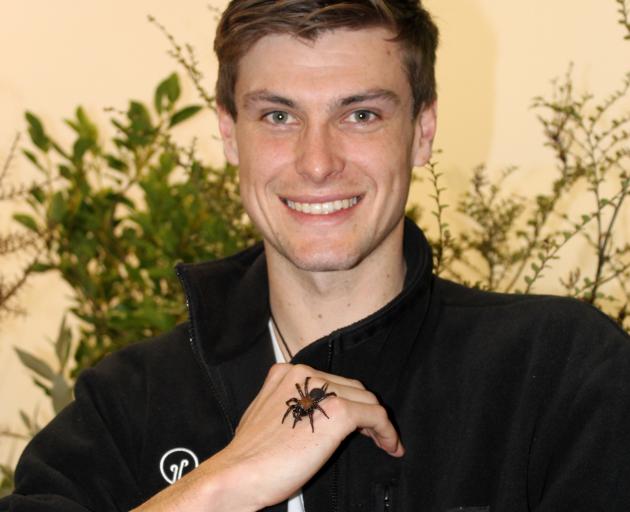 Orokonui Ecosanctuary educator Taylor Davies-Colley shows a black tunnelweb spider at the New Zealand International Science Festival ‘‘Outside Inside Forest’’.PHOTOS: SIMON HENDERSON
They were sometimes ‘‘overly feared’’ because they looked a little like a tarantula.

‘‘They are obviously quite an impressive spider.’’

Despite this they were not a dangerous spider, he said.

Tracking data revealed parents flew the entire length of the South Island as well as out towards the Chatham Islands, about 900km off the coast from Dunedin. 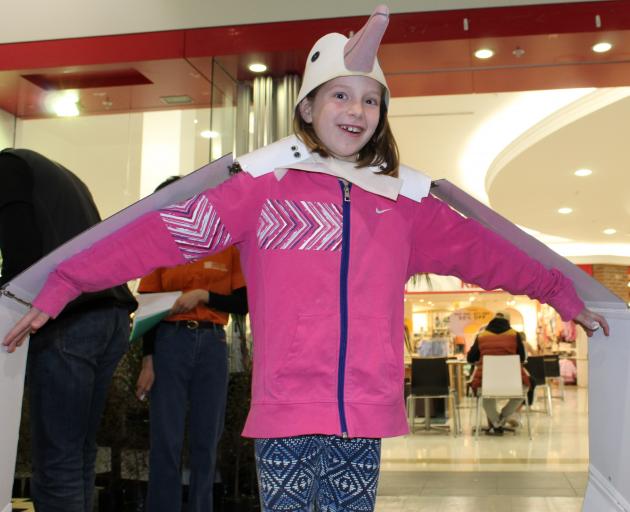 Wearing wings to experience the three-metre wingspan of a Northern Royal Albatross is Miriam Hudson (8), of North East Valley.
Birds also travelled as far as South America before returning to the breeding colony, she said.

The Outside Inside Forest also included a chance to learn about native trees with the help of Ribbonwood Nurseries, and the Dunedin City Council demonstrated

Eco Design adviser Lisa Burrough said the kits could be borrowed from the Dunedin Library and could help identify thermal leaks, as well as measure the amount of electricity heating, lighting and other appliances were using.