A Dunedin artist is experimenting with ways to capture the colours of nature on handcrafted clothing.

She then tightly binds the material and steams it in a large pot, before stepping out to her back garden to unroll the fabric and inspect the result.

Instead of placing the fabric into an immersive dye, a mordant, or fixative is used to set the dye into the fabric.

Koch aims to keep the process as natural as possible, using fixatives including vinegar, iron, copper or zinc to set the colours.

"Some of them are modifiers as well, such as iron, so they will change the colour as well as set the dye into the fabric."

Koch was experimenting with different materials but so far had found wool was ideal to capture the soft, muted hues.

Koch was inspired by her mother Eleanor who taught her to extract fibres and dyes from plants on their native tree nursery when she was growing up.

"She would spin, natural dye, draft and knit clothing and blankets for the family and our friends."

Another inspiration was the work of Australian artist India Flint, who teaches botanical dyeing in Australia.

A particular focus for Koch was to experiment using native plants including kapuka, mahoe and mahoe wao.

"My parents had a native tree nursery when I was growing up so I’m very interested in conservation but also learning more about the properties of New Zealand natives."

Some results were like a print, showing details of the plants.

Because fabric had depth and fibre, results varied depending on how the dye interacted with the fabric, she said.

"So you’re absorbing all of the dye into that fabric, and you’re also printing quite precise prints sometimes."

Koch has been sharing the results of her experiments on social media and she hopes to inspire others and teach them how to colour fabrics using her unique process. 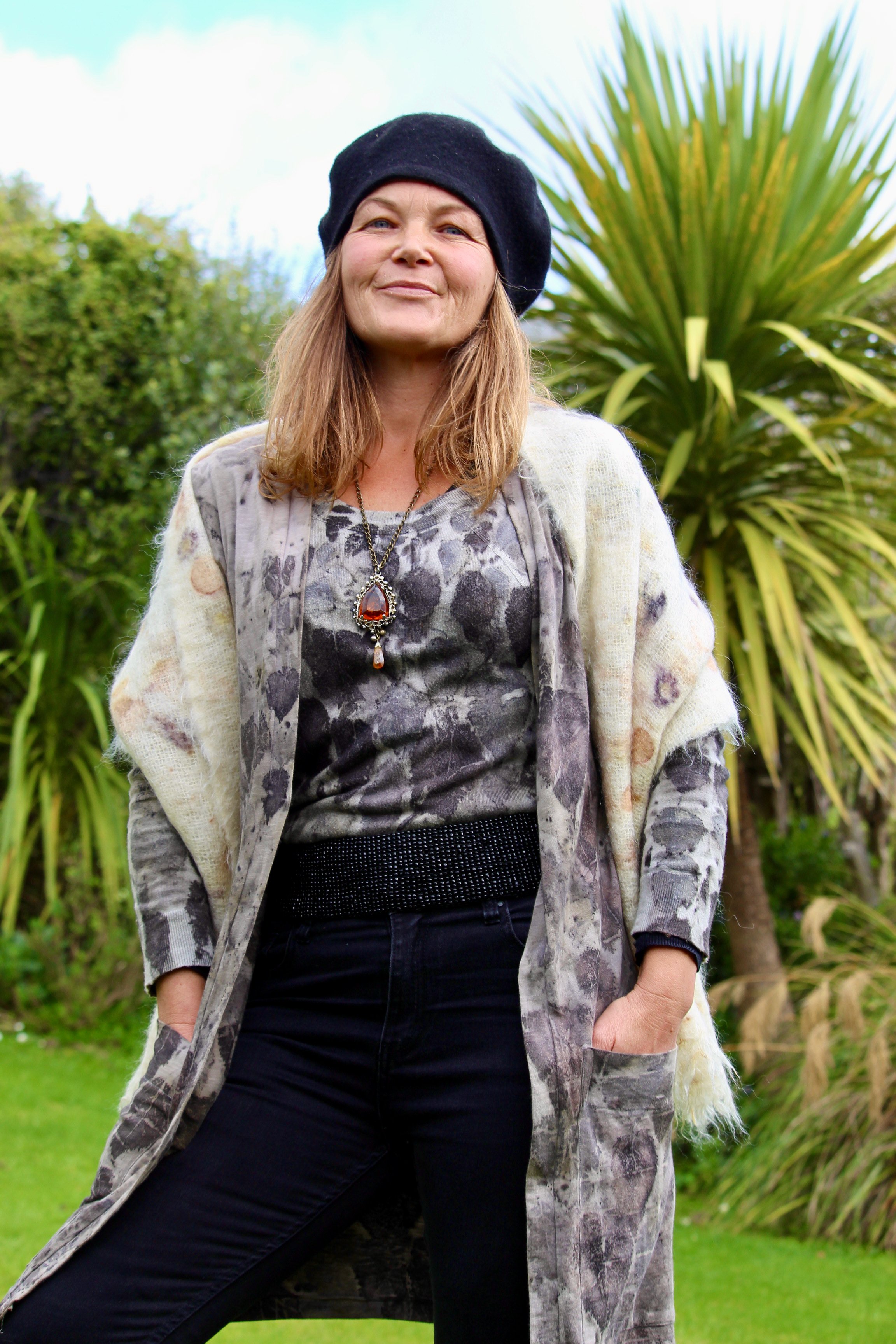