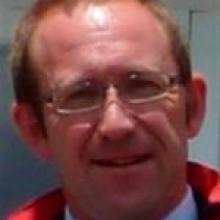 Andrew Little
On a sizzling hot day in New Plymouth an army of young Labour supporters are enthusiastically waving "Vote Little - Labour" placards and handing out stickers and pamphlets.

Labour New Plymouth candidate Andrew Little is sporting a shirt and tie and looking every bit like a candidate in full swing in the last 10 days of an election campaign.

Along the road, a hoarding of New Plymouth MP Jonathan Young and Prime Minister John Key holds pride of place on top of a business veranda.

New Plymouth is a marginal seat and Mr Young has a fight on his hands to hold off Mr Little, who is waging a traditional election campaign.

As the Labour Party president Mr Little surprised many by putting his name in the hat for New Plymouth when it was thought he could have had his pick of safer Labour-held seats left vacant in Auckland by retiring MPs.

But yesterday, he told Taking the Pulse he regarded New Plymouth as home. He was boarding with his mother during the campaign, he had a brother living in the city and his father was buried in the New Plymouth cemetery.

"I was born here, I grew up here and I have stayed connected. New Plymouth is still home."

Before the Pulse caught up with Mr Little he had been at his old school New Plymouth Boys High school.

National has rolled in the big guns of the caucus during the campaign as Mr Young prepares to defend a 105-vote majority. Mr Little has had some big names in too, but local media are making a noise about Labour leader Phil Goff not visiting during the campaign.

Mr Little assures the Pulse he is on good terms with Mr Goff, who visited twice earlier in the year. Finance spokesman David Cunliffe had visited during the campaign and was due back next week. High-profile Maori MP Shane Jones had also spent time in the electorate.

On paper, Mr Young should easily hold the seat. He has a strong family history in the region. His father, Venn, was MP for the south Taranaki rural Egmont and Waitotara electorates from 1966 to 1990.

Many Labour supporters did not vote at the last election, allowing Mr Young to overturn a nearly 5500 majority. In Waitara, a working class town in the electorate's north, the Labour machine had all but disappeared.

On the streets yesterday unemployment was the main topic of conversation of the few people in the shopping area. Taranaki is held up as a land of milk and oil, but youth unemployment remains a big problem.

Training budgets have been cut and the Work and Income office was the busiest outlet in Waitara during a visit by the Pulse.

Like any small town, there were boarded-up shops but, of the ones that were open, the most prevalent were second-hand shops and op shops.

A group of men smoking outside the Masonic Hotel believe National has hurt the town by changing benefit and job interview rules.

In New Plymouth, people approached knew the main candidates and felt Mr Little had a real chance to retake the seat for Labour.

Mr Little is picked as a future party leader, along with several others, but he said he did not expect any favours when he arrived in Parliament either as the new MP for New Plymouth or from the list. He would prefer to be an electorate MP as he struggles with the role of a list MP.

Mr Little will also be an important conduit between the party and the trade unions. Union delegates elected to Parliament for Labour in the past few elections have been disappointing, failing to make a mark. Labour has moved to distance itself from the unions.

As a former secretary of the Engineering, Printing and Manufacturing Union, Mr Little will take with him the best credentials in his ability to bridge the divide between the party's trade union and parliamentary wings.

As the election draws closer, the talk of replacing Mr Goff as leader on the Tuesday after the election has become less. Mr Goff is performing well on television each night but in the opinion of the Pulse, is not making enough of his opportunities.

If Mr Goff survives, Mr Little will have time to gather the numbers to provide a serious leadership challenge when the opportunity becomes available.

With about 11 caucus members with a union background before the election, he should have wide support. Unfortunately, on current polling he appears to be the only new Labour MP likely to enter Parliament.