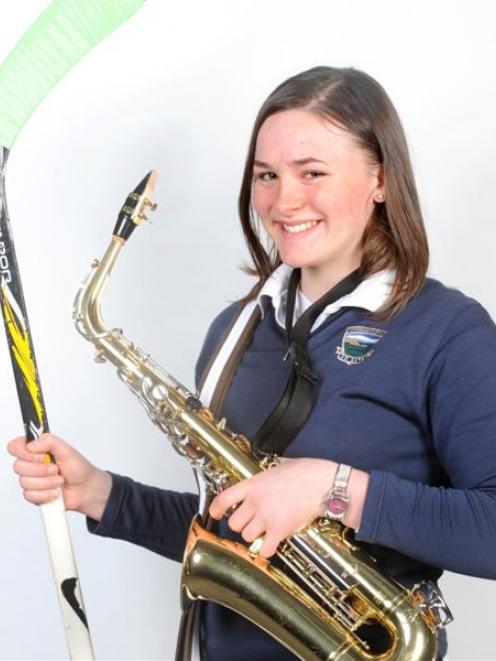 Ali Macharg
A true all-round pupil is one who excels in the arts, academia and sport, just like Ali Macharg who is an accomplished ice hockey player, pupil and saxophonist.

The 15-year-old Wakatipu High School pupil started playing ice hockey when she was 11.

She plays defence and relishes the speed and physicality of the game.

It did not take long for her to make herself known in the sport either, as in 2007 she represented the Southern Ice Hockey league at under-13 level in a national competition and in 2008 she was part of the Southern Women's team which became national champions.

Ali was also part of the New Zealand Ice Fernz squad in 2008 and this year played for it in Australia.

She hopes to play for the team at a world championship. Karate is another sport she enjoys. She has trained in it for the past four years and gained a junior brown belt in April.

She describes it as a ‘‘cool skill to have''.

Ali also plays the saxophone and piano, the former in the school jazz band which has competed in the school's jazz competition for the past three years.

Playing instruments allowed her to get into a lot of school activities, she said, including school musical productions.

However, all of these activities do not impact on her grades.

From 2005 to 2008 she was the recipient of the Robertson Family Trophy, the premier award for all-round effort and academic excellence, an achievement of which she is very proud.

Role model: Nelson Mandela because ‘‘even though he was going through hard times he stuck by what he wanted to do''. And her mother because ‘‘she's always there no matter what happens and she usually has an answer''.

Hopes for the future: She wants to play for the New Zealand Ice Fernz at a world championship and is considering taking a gap year after school to either travel or study overseas.