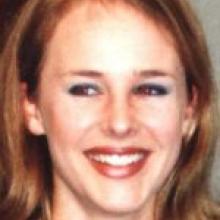 Olivia Hope
BLENHEIM: Two Marlborough couples fear their children have met with foul play after going missing without a trace in the Marlborough Sounds on New Year's Day.

Ben Smart (21) and Olivia Hope (17) were last seen boarding a ketch in Endeavour Inlet in the Marlborough Sounds about 5am that day and have not been seen since.

Inspector Steve Caldwell said yesterday the two were among the 2500 people who celebrated the New Year at Furneaux Lodge. They were delivered by water taxi to the ketch, described as being about 12m with a white hull and dark blue stripe. They had been offered a bed on the vessel by another occupant of the water taxi, an unshaven, male Caucasian, aged about 32.

Police have been unable to identify the ketch or its owners, despite intensive publicity. 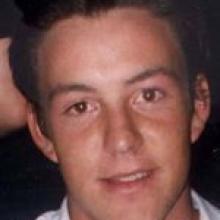 Ben Smart
Photographs of the missing pair have been circulated to lodges, commercial vessels and coastwatch organisations in the region. Boat clubs throughout New Zealand have also been contacted in the hope the ketch can be identified.

Mr Caldwell said finding the vessel was a priority.

"We also want to hear from anyone who may have photos or videotapes of the New Year's Eve party or the boats moored in Endeavour Inlet to get in touch with us," he said.

Up to 200 boats were believed to have been moored in the bay at the time.

Mr Smart's parents, John and Mary, said the past few days have been "a parent's worst nightmare."Describing their son's disappearance as out of character, they said he had been staying with friends at Punga Cove, a resort within Endeavour Inlet.

His sister Rebecca said she talked to him about 12.30am on New Year's Day, when he appeared to be in a "typical NewYear's Eve frame of mind".

While Mr Smart and Miss Hope are described as being good friends, having known each other for years, the Smart family has been quick to dismiss suggestions they were love-struck "young kids" who decided to take off together.

"I know it sounds like two kids having had too much to drink and taking off," Mrs Smart said, "but it's not like that. They are both very reliable and it is unlike them to take off without contacting their families."

Describing the last few days as hellish, the family has been searching the Sounds, handing photographs to anyone in the area who may have seen the pair or the ketch they were seen to board.

Jan and Gerald Hope said their daughter would not have gone or stayed willingly on board the ketch for this length of time.

January 7: The investigation into the disappearance of two young Blenheim people is to be intensified, with police saying they cannot rule out the possibility of foul play.

It is now six days since 21-year-old Ben Smart and his 17-year-old friend Olivia Hope were last seen climbing aboard an unidentified ketch in Endeavour Inlet in the Marlborough Sounds.

Detective Inspector Rob Pope, from Christchurch, said last night the investigation would be entering "a more intensive and investigative phase" from tomorrow.

"Circumstances of this inquiry are such that there is considerable concern about the welfare of the two that are missing," he added. "We can't discount foul play."