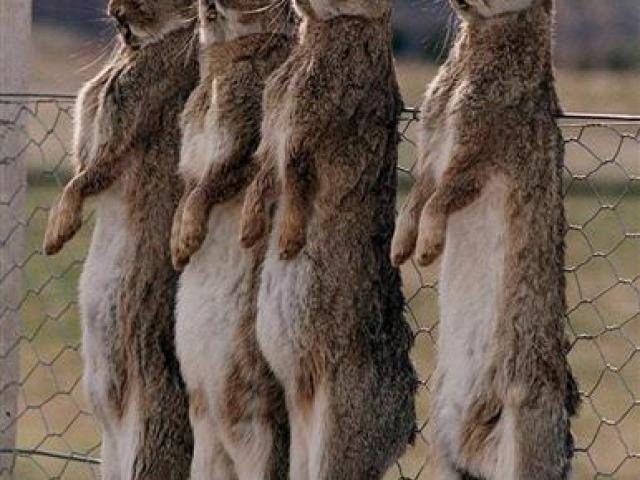 Ministry of Agriculture staff yesterday converged on four Cromwell farms after the discovery of the rabbit-killing RCD virus but are saying privately it will be impossible to eradicate.
Dunedin's Danyon Loader felt like a greyhound chasing a lure when he won his second Olympic swimming gold medal at the Atlanta Games yesterday.
Winston Peters played the piper to perfection for eight long weeks and more. As his MMP tune drew to its long-awaited climax, the former cabinet minister who had bitterly rejected National and formed his own party proved again last night the political saw, "anything is possible in politics".
Prime Minister Jim Bolger yesterday announced further details of a new honours system which replaces the traditional British orders with New Zealand-based honours.
About 1500 drunken students caused havoc in North Dunedin on Saturday night after they upturned cars, lit street fires and pelted police with bottles and bricks.

A six-year-old child is dead, a policeman is missing, believed dead, and six other people were shot and wounded after an Aramoana man went on the rampage with a high-powered rifle last night. Early this morning police believed the gunman was still at large, but confined to an area between Te Ngaru and Spit Beach.
Soldiers stormed Tiananmen Square yesterday and crushed a three-week student sit-in for democracy, shooting and beating demonstrators in clashes. A doctor estimated at least 500 people were killed.

Thousands of Germans from East and West embraced in laughter and tears after the East dramatically threw open the 28-year-old Berlin Wall.
The splitting of North Otago between the new Canterbury and Otago regions is confirmed in the final reorganisation schemes announced by the Local Government Commission.
April 16: Angry Otago rural people rushed a car taking an equally annoyed Prime Minister, the Rt Hon D. R. Lange, away from a tense official function at the Invermay Agricultural Centre in Mosgiel yesterday.

April, 30 BONN: The Soviet Union yesterday sought West German and Swedish advice on how to fight a fire at a nuclear power plant and West German experts said the request indicated that an atomic reactor in the Ukraine was still burning.
October 16: New Zealand Post yesterday announced that 57 post offices in Otago and Southland will close on February 5, 1988. Of those 28 are in the Dunedin postal district.

October 20: Sharemarkets around the world have fallen out of bed in the past two trading days, New Zealand following the pattern yesterday by losing 154.68 points on the Barclays industrial index.

All Black captain David Kirk with the Webb Ellis Trophy. Photo: The New Zealand Herald June 22: If the inaugural World Cup rugby competition has done nothing else, it has restored the prestige of the game in New Zealand and returned the faith and interest of thousands of New Zealanders when so many of them had despaired about what was happening.

PARIS: Princess Diana and her millionaire companion, Dodi Al Fayed, were killed in a car crash early yesterday while being chased through Paris by photographers on motorcycles.
Surging Canterbury floodwater tore away a third of the massive Opuha dam near Fairlie early yesterday, sending a violent wall of water towards the sea.
The Government yesterday announced its decision "in principle" to split state-owned electricity generator ECNZ in three.

BLENHEIM: Two Marlborough couples fear their children have met with foul play after going missing without a trace in the Marlborough Sounds on New Year's Day.

Otago sport may never know another day, another occasion like this after its rugby team became the undisputed national champion with a resounding 49-20 win over Waikato at Carisbrook yesterday.
Half of Alexandra's main business area would be demolished in a proposed $23 million flood protection solution for the town.