About 1500 drunken students caused havoc in North Dunedin on Saturday night after they upturned cars, lit street fires and pelted police with bottles and bricks.

Late last night disturbances were continuing. What started as a party in Castle St on Saturday quickly turned into a riot as numbers swelled to watch a clash between 47 police and a handful of bottle throwing and abusive students.

Police said they had difficulty identifying the offenders, who were cheered on by the gathering crowd and were able to hide behind those not responsible for the attacks.

Two cars were upturned and attempts made to set fire to them using petrol. Another car narrowly escaped the same fate after rubbish was piled on top of it and a stationwagon bowed under the weight of numerous people climbing and standing on it.

Police yesterday said trouble had been brewing in the city since Thursday afternoon with several reports from the public that students were being disorderly.

Even last night students were making their presence known despite promises by the Otago University Students Association they would be keeping a low profile.

Police investigated a complaint that a fire had been lit in the Logan Park sports field near tennis courts.

Senior Sergeant Steve Armitage said police arrived to find a number of students sitting around a burning sofa. The area was scattered with broken glass.

Yesterday police asked Dunedin hotel managers not to allow people to drink in the hotels unless they were dining.

Mr Armitage said the managers had reported a number of requests from students for takeaway liquor.

Police went to Clyde St five times between 5pm and 8pm yesterday after 25 students were reported breaking glass on the street and several students had set fire to beer crates.

Late last night five male students and one female were arrested in the Clyde St area for offences that included obscene language, obstruction and disorderly behaviour.

On Saturday night police arrested 11 students for offences ranging from breach of the peace to assault. Six were from Dunedin, the rest from other New Zealand universities.

About 20 people were bitten by police dogs and six police officers were injured. One had a dart thrown at him that lodged in his neck.

The first rumblings of Saturday night's disruption started at 8.30pm when the Gardens Tavern in Castle St, North Dunedin, was closed early because of overcrowding. However, increasing numbers of students kept entering the public bar by clambering over the garden bar boundary fence. The final decision to close and evacuate the hotel came when a fire alarm was deliberately activated.

Police said while students were annoyed at being thrown out of the hotel, most were still in good humour.

About 400 then drifted several hundred metres down Castle St to join a party being held at a flat known by students as "The Palms Resort".

The police were already at the party after receiving reports of cars being turned on their sides and street fires being lit near the intersection of Castle and Dundas Sts.

Joined by people from the hotel, numbers swelled to almost 1500 and police had difficulty controlling the crowd.

Officers were being pelted with bottles, bricks and slate gathered from nearby roofs, where students were perched watching them.

Police in riot gear and dog handlers entered the intersection to try to disperse the crowd. They chased people in three different directions.

Despite splitting the crowd they were unable to reason with the smaller groups who continued to pelt police with missiles and verbally abuse them.

They had retreated to their cars and vans, which were parked about 200 metres from the intersection, when "all hell broke loose".

Several officers were hit by flying bottles and bricks.

One policeman had a dart thrown at him. It lodged in his neck after passing through two thicknesses of shirt collar.

Police again charged on the rioting students, this time determined to clear everyone and everything in their path.

People standing in the front yards of houses were also moved from the area, despite pleas from many that they lived there and had a right to be there.

Drunken people lying on footpaths were among those gathered up as the police moved to cordon off the intersection from several hundred metres down each adjoining road.

About 20 people received dog bites during the riot charge and others were hurried along by shields and batons.

Twelve people were admitted to Dunedin Hospital, 11 of those with dog bites. All but two were discharged after treatment. 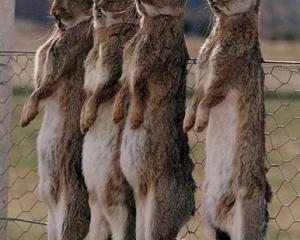 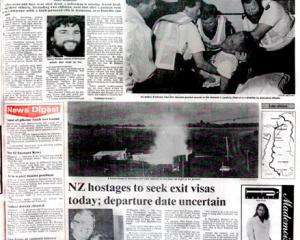 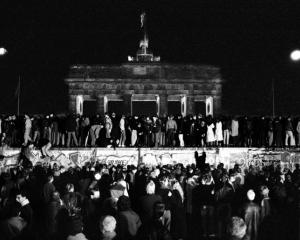 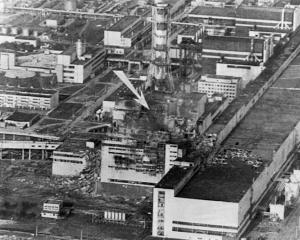 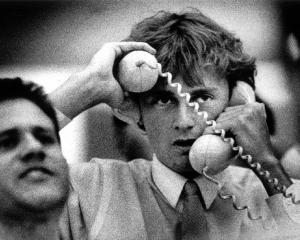