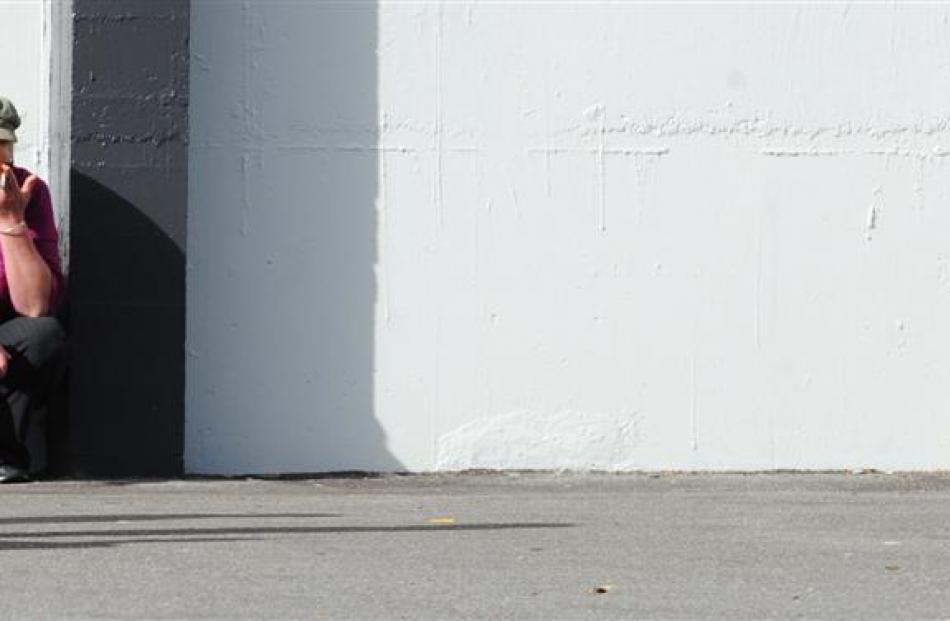 Sonya Rockhouse, mother of missing miner Ben and surviving miner Daniel, sits outside a briefing for families of the 29 miners and contractors trapped in the Pike River mine. Photo from ODT files.

The Greymouth region is in a state of limbo as it awaits news of the fate of 27 miners unaccounted for after an explosion at the Pike River coal mine.

Worried families gathered at the entrance of the mine last night, while Greymouth Mayor Tony Kokshoorn warned it might be days before specialist rescue teams could enter the mine.

Six ambulances were on the scene, and rescue helicopters were sent from Nelson, Greymouth and Christchurch, later being withdrawn. Police said there was a concern that ventilation inside the mine shaft might be affected.

An electrician went into the mine to investigate a power cut about 3.50pm. He discovered a loader driver who had been blown off his machine, about 1500m inside the mine shaft, police spokeswoman Barbara Dunn said.

The mine entrance is about 2.2km long, and then branches out into other areas. The mine rescue team was trying to make sure the vents were clear as there was a potential for a build-up of gas.

Until that happened, it was unsafe for rescuers to enter the mine, she said. There was also a concern ventilation inside the mine shaft might not be working properly without power.

"They're itching to get in there and start looking for other people and a bit frustrated at having to stand and wait," Ms Dunn said.

The mine shift started early in the afternoon and lost communication about 3.45pm, Pike River chief executive Peter Whittall said.

The missing miners could be trapped or choosing to shelter underground, he said. He could not confirm a report that one person was dead.

New Zealand mining expert Dave Feikert said while it was unknown at this stage what had caused the blast, if methane gas had mixed with coal dust the explosion would have been very big.

"The biggest single problem is to find out where the guys are, and the communications systems always go down," he said.

People who were right in the mine in the production areas would be at the greatest risk.

November 30: Flames were last night spouting from the top of a 108m ventilation shaft at the Pike River Coal mine while only a couple of mountain peaks away a 43-year-old fire from the Strongman mining disaster continues to billow smoke.

It has been 10 days since an explosion trapped 29 men underground at Pike River, and the situation has deteriorated to the point where a coal fire has ignited inside the mine, hindering recovery efforts.

Flames are reaching through the ventilation shaft, which has two bends halfway up, a total distance longer than a rugby field.