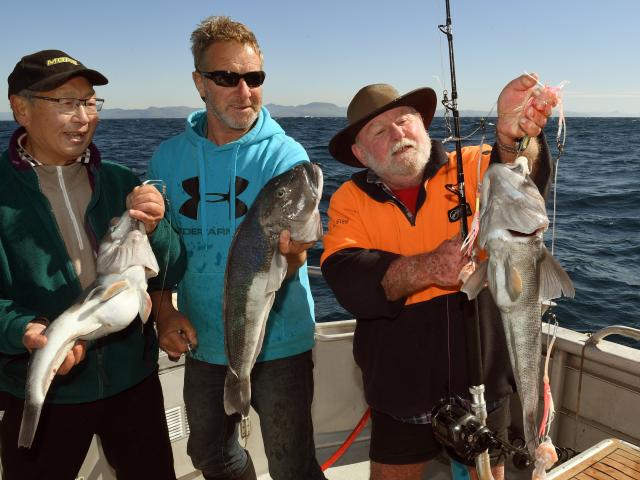 Love life, live every day as if it is your last.

Costus is a fascinating genus of tropical ornamental gingers.

Sky flower, pigeon berry and golden dew drop are some of the common names for the shrub Duranta erecta.

Want a quick tropical escape without having to travel abroad?

In the cooler southern parts of New Zealand, Clerodendrum isn't that well known.

Having a plant flower for the first time is always exciting.

All toad lilies are late bloomers.

A neat little shrub, Brunfelsia latifolia, has flowers that change colour over a three-day period, which is how it gets its common name, ''yesterday, today and tomorrow''.

Occasional glorious sunny days and temperatures that sometimes reach the early 20s can trick us into thinking winter is over.

Stangeria eriopus is a cycad that's a little different from most other cycads.

Fritillaria imperialis, or the crown imperial as it is commonly known, is a spring-flowering bulb that is much sought after, and with good reason. Its brilliantly coloured flowers brighten up the woodland garden or border with a striking display of yellow and orange.

Pitcher plants are carnivores or meat-eaters. They have adapted their leaves to form small cups or pitchers that attract and trap insects to supplement their diet because they grow in places where nutrients are limited. This has to be one of the most intriguing adaptations that plants have undertaken.

I was reminded of puppy ears when I felt the leaves of Costus barbatus.

Variegated plants, especially variegated trees and shrubs, are ones that people either love or hate. Personally, I don't mind variegations in ground cover plants such as hostas.

Banana plants are a bit like onions. Why is this, you may ask?

Pieris has to be one of the most stunning evergreen shrubs for winter and spring displays.

Growing plants such as ferns, orchids and bromeliads epiphytically is fun and opens up a whole new way of displaying them, rather than just in pots.

Epiphytes are one of the most amazing groups of plants because they do not need to have their roots in the soil to grow.