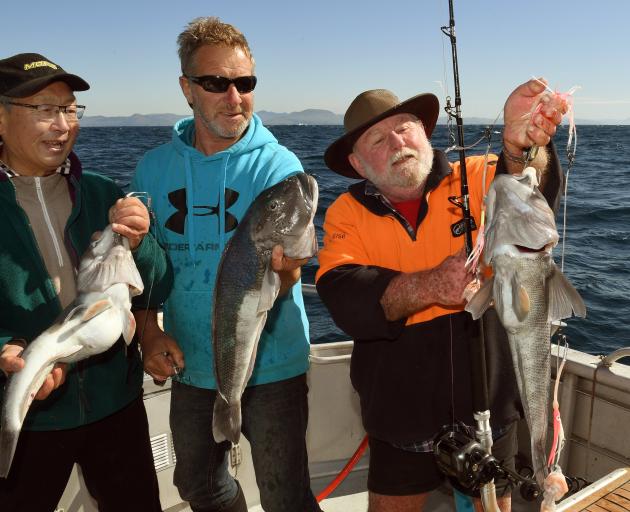 Photo: Stephen Jaquiery
Love life, live every day as if it is your last.

Careys Bay fisherman Peter Scott had good reason to reflect on these words this week as he enjoyed the smiles from two unlikely charter clients, whom he dubbed "the coffin cheaters".

Former Dunedin mayor Peter Chin (77), who served two terms between 2004 and 2010, collapsed on a New Year’s Eve flight from Dunedin to Wellington in 2014.

His heart stopped shortly after takeoff; however, the aircraft carried a defibrillator which an Air New Zealand crew member and a passenger used to shock Mr Chin back into life.

Pilots turned the aircraft back to Dunedin airport and he was taken to Dunedin hospital by ambulance. 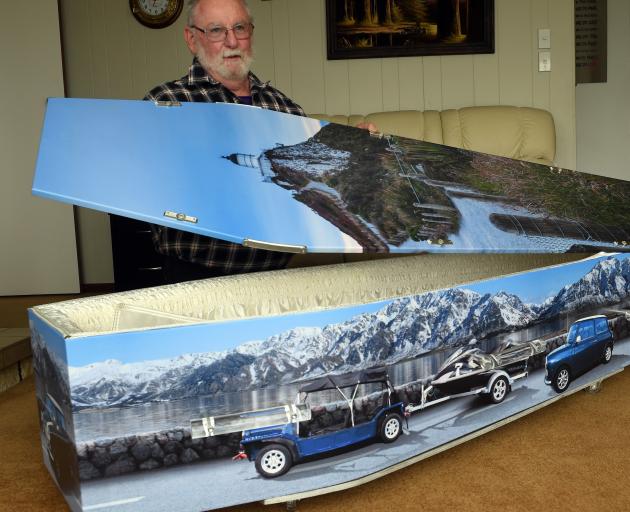 Graeme Blackmore at home in Balclutha with his coffin table.
The retiree said he now counted every day as a bonus, and made sure he surrounded himself with positive people.

His next positive experience would involve a steamed blue cod head, just cooked through with ginger, olive oil, a little garlic and seasoned with salt and pepper.

Also wrestling large blue cod from the Canyons off Taiaroa Head was Graeme Blackmore (68) from Balclutha.

After two unexpected family deaths in the last two years, the self-employed contractor said he had decided to be organised for his own.

Not long after his wife died, and inspired by coffins he saw on display at the Waimumu Field Days, he ordered one and has had it covered with his life story.

A full length image of the Kaka Point lighthouse covers the lid. Jet skis, his dog, boat, mini car collection and even a saw-blade cover the rest.

He knew exactly what he would be buried in, but in the meantime the "coffin table" made an interesting talking point in his living room.