Reminder of winter in the summer garden 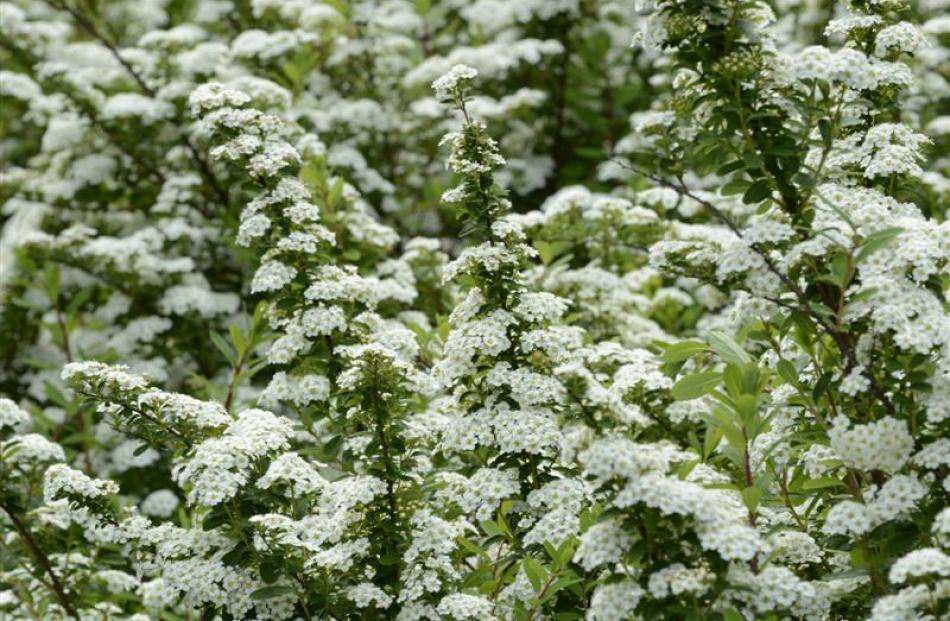 This delightful deciduous shrub has mid-blue/green foliage that is produced from new red stems which gracefully arch, forming an attractive rounded shrub. Masses of small white flowers sit above the foliage which smother the shrub, making this plant a real crowd-pleaser at this time of year.

It is fairly fast growing and will reach 1.5m in two to three years. It's a low-maintenance plant that can be trimmed back to keep it looking nice and compact and prevent leggy growth. Older shoots can be removed at ground level to keep the height down and encourage new growth from the base, keeping the plant vigorous.

Propagate by softwood cuttings in summer.

It prefers full sun with a moist free-draining loam but will tolerate a wide range of soils.

A planting can be seen growing along the edge of the Clive Lister Garden on the main pathway through the Lower Botanic Garden.

- Stephen Bishop is curator of the Clive Lister Garden at Dunedin Botanic Garden.