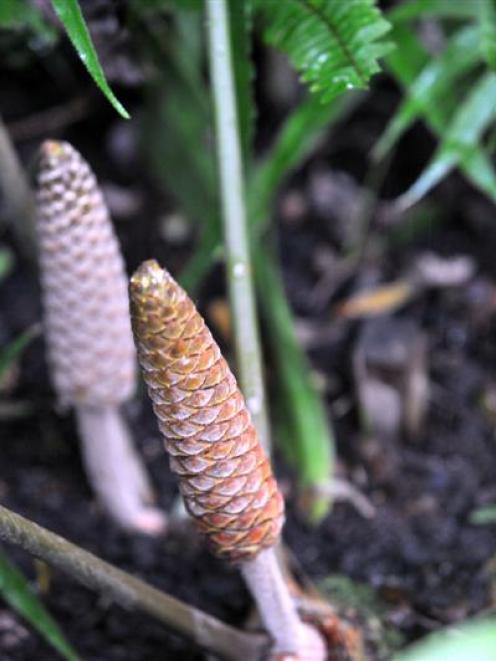 When first collected from the wild grasslands of South Africa in the early 19th century, it was thought to be a species of fern because of similarities in the leaves and was grouped in the Lomaria genus of ferns.

It wasn't until 1851 that it was recognised as a cycad, when a plant collected by Dr Stanger (for whom the plant is now named) and grown at the Chelsea Physic Garden in London, produced a reproductive cone.

Native to the eastern coast of South Africa, this single species of Stangeria is something of a coastal plant. It doesn't grow further inland than 50km but, because it doesn't tolerate salt spray, is usually not even found growing within 2km of the ocean. Habitats range from open grasslands in sandy soils through to dense, damp lowland forests with heavy clay soils.

Most of this perennial cycad is subterranean (underground), with only the growing tips appearing above ground. It has a large, swollen carrot-shaped root system. Stems branch out, revealing multiple growing points for leaves and cones just above the soil surface.

Leaves can be anywhere from 25cm-200cm long, depending on where the plant is growing. Male and female cones are produced on separate plants. The plant growing at Dunedin Botanic Garden in the central house of the Winter Garden glasshouse is a male. A female plant would be required to produce seed.

- Stephen Bishop is curator of the Winter Garden glasshouse in the Dunedin Botanic Garden.