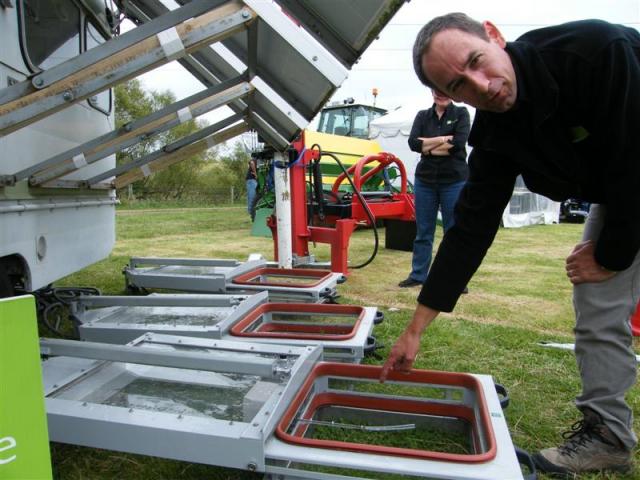 Methods of reducing greenhouse gas emissions from pastures throughout New Zealand are now a step closer.

Kicking for position or taking down a maul are nothing out of the ordinary for two girls in the St Peter's College rugby team.

An elderly Gore woman got the fright of her life when she accidentally reversed her car through a large window into a Gore restaurant yesterday morning.

Tennis enthusiasts will be stringing up their rackets in anticipation of the Eastern Southland Tennis Competition, which is due to start on October 17.

Holistic health service focusing on young mums aged under 25 aims to increase the life expectancy of Maori in the community.

Community spirit is ensuring unwanted cats and kittens at Gore's SPCA have a warm and cosy blanket to cuddle into on cold nights.

After each giving 12 years' voluntary service to their community, Riversdale St John Ambulance Service officers Dave Hurley and Steve Whitten find it a hard job to get out of.

Wyndham-born woman Margaret Currie is helping thousands of Mongolian prisoners who have been separated from their families.

Eastern Southland Car Club president (front) Hamish Johnstone, Gore Rally chairman Roger Laird (back left) and club secretary Errol Hewlett are pleased to display two of the three annual Best Rally awards the club has won since 2006. The 2008 Gore Rally has been judged Rally of the Year in the Palmside New Zealand Mainland Rally Series. Judged as the best rally of all five in the series, it is the third consecutive year the Gore Rally has won the award. Eastern Southland Car Club spokesperson Roger Laird said 2008 was another great year for the club.
The Hokonui Fashion Design Awards are staying in Gore, thanks to funding secured from the Mataura Licensing Trust.

The Mataura Marae was a hive of busy bees last Thursday as young people put on a massive party to end the first Feeding Our Futures programme in Southland.

Not even a foot injury could stop Gore athlete Glenyss Jones from breaking records at the South Island Masters Athletics Championships.
Three Gore civil defence volunteers joined their Invercargill counterparts for a civil defence emergency exercise in Tautuku last weekend.
Edendale residents support a new community centre, which will be built once funding has been found, Edendale Community Board chairman Neil Irwin says.
Wyndham streets will soon be ripped up in a massive operation to lay a new sewerage and water system that will connect to residential properties.

Former Gore resident Naomi Johnstone (23) has returned to studying at the University of Otago after carrying out aid work this year in Aceh, Indonesia.

Natural resources are under pressure and the environmental consequences of economic growth are chronic, Environment Southland's annual report states.

Gore figure skaters whirled their way to medal placings at the New Zealand Figure Skating Championships held in Gore from September to October.