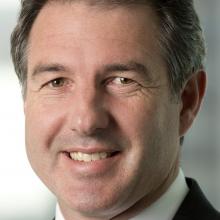 Robert Spurway.
About 100 farmers in Otago and Southland were forced to dump milk over the weekend in the aftermath of the milk silo collapse at Fonterra’s Edendale site.

Fonterra has called in engineers from around New Zealand and the world to try to get the plant fully operational again after the silo collapsed  on Friday, bringing down an overhead gantry carrying large steam pipes.

Neighbours reported hearing a  loud boom about 1.50pm, followed by the  sound of steam escaping from the ruptured pipes, a noise which continued for about 30 minutes.

One said it sounded like a Boeing 747 flying low overhead.

"We have certainly had some delays in pick-ups and [Saturday night] there were about 100 farms of the roughly 1100 farms across Otago and Southland where we were unable to collect the milk."

Most of the site was  operating again on Friday night  but collection was affected as the company  carried out additional repairs on Saturday.

The situation was improving and the Edendale site was processing more milk than was being collected yesterday.

It would continue to keep farmers informed and if progress continued as planned, there would be no further problems collecting milk beyond today.

Staff at the site and local engineers completed the initial repairs, but a team of engineers from across New Zealand and around the world was being brought in to carry out the "major" repairs needed to make the plant fully operational.

At the moment, one of its milk powder plants and the milk protein concentrate plant were out of action, and it could take "a number of weeks" before they were operating again,  Mr Spurway said.

"We will need a few more days with engineers just to work out what the repair and recovery strategy is and how long that might take to reinstate those plants. Even without them we do have options to ensure that milk collection and processing can continue and that’s what we are working on getting in place at the moment."

A number of investigations involving "forensic engineers" were under way to determine the cause of the collapse, he said.

"But the reality is it will be at least a number of days before we have really got a clear idea on that."

Worksafe had also been notified about the incident.

A Fonterra spokesman said milk collection was most affected overnight on Saturday rather than on Friday.

Farmers would be compensated for the milk that was not picked up, which would be disposed of on the dairy farms concerned.

Fonterra worked with regional councils to make sure it was properly disposed of, which involved diluting it before putting it into effluent ponds.

The farms affected by the milk collection delays were in both Otago and Southland, because the two regions were operated as one milk collection area, serviced by  plants at Edendale and Stirling.

Wow! Talk about waffle. A stainless steel milk storage tank collapsed due to over-stress. Obviously under-designed for the job. Why "A number of investigations" ? Nobody was injured so Worksafe is not required. No "overseas forensic engineers" are required. The investigation must only between Fonterra's consulting engineers and the tank fabricators. End of story.