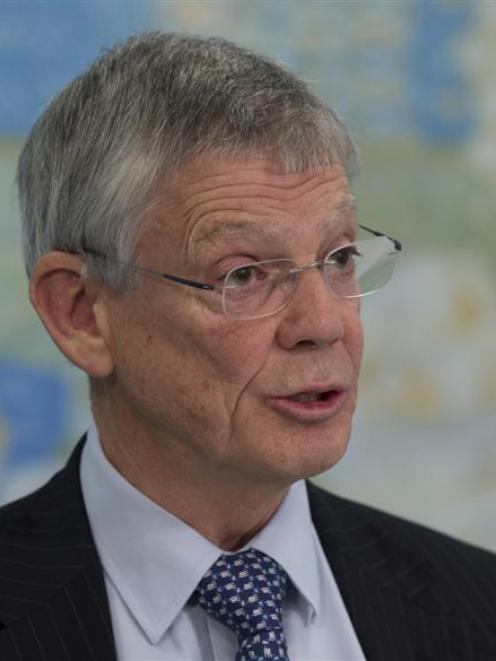 Graeme Wheeler
Tough new rules on borrowing for investment properties have been outlined by the Reserve Bank - and banks have been told to act immediately.

Governor Graeme Wheeler has today released proposed new restrictions that will mean property investors will need a deposit of at least 40 percent.

The new loan-to-value ratios (LVRs) lending restrictions would take effect on September 1, but the Reserve Bank wants banks to "observe the spirit of the new restrictions" in the lead-up to the new policy.

The proposed changes include:

- At least 95 percent of bank lending to residential property investors across New Zealand require a deposit of more than 40 percent. Now, investors in Auckland need a 30 percent deposit.

- At least 90 percent of lending to owner-occupiers require a deposit of more than 20 percent.

The Reserve Bank said to "simplify" the LVR policy, it has proposed removing the distinction between lending in Auckland and the rest of the country.

The Reserve Bank introduced LVRs of 20 percent in 2013 to rein in the housing market, and last year it raised the limits to 30 percent for investors in Auckland.

It will consult on the changes until August 10.

Today's announcement comes after Prime Minister John Key expressed frustration about the Reserve Bank's response to rising house prices, saying that it should not need any more time to investigate stricter rules for property investors and should "just get on with it".

Reserve Bank deputy governor Grant Spencer on July 7 said that the bank was considering new LVR restrictions, but would not introduce them before the end of the year.

Spencer also told the Government to get its own house in order, by taking another look at its immigration and tax settings.