Almost $50m of subsidy for the South 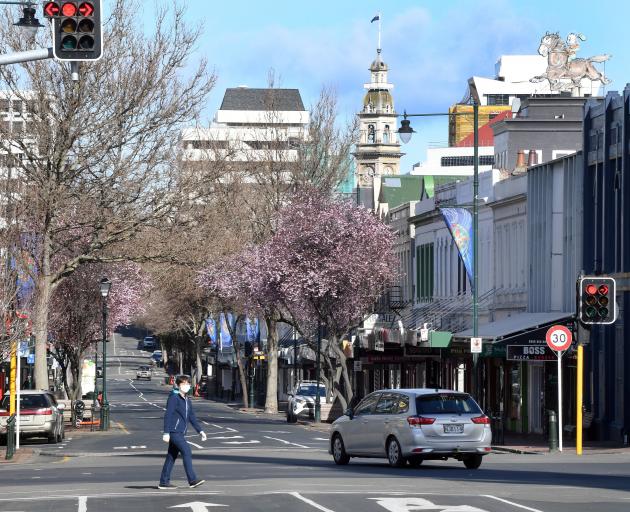 Data published by the Ministry of Social Development last Friday showed that in the week to August 27, $36million was paid to Otago employers and $12million to Southland employers.

The wage subsidy scheme was restarted following the latest outbreak of Covid-19 and the subsequent shift to Alert Level 4.

Employers could apply for payment if they had a 40% drop in revenue over a two-week period as a result of the lockdown.

This year’s subsidy is only open for two weeks and businesses needing further support have to reapply.

The ministry data shows 33,000 unique jobs were supported in Otago by the subsidy in the first week of the lockdown, totalling about 26% of all jobs.

It does not yet show how many individual businesses received the subsidy.

A unique job is described as an employer and employee pair because some employees appear multiple times for different employers, typically when a person has more than one part-time job.

According to the ministry’s Covid-19 wage subsidy online search tool, which has the most up-to-date figures, one of Queenstown’s biggest hospitality companies, Republic Hospitality, which owns multiple bars, claimed $127,170 for 112 employees in the August payment.

Two southern businesses which own McDonald’s franchises also claimed the subsidy; Dunedin based CLNS Investments Ltd getting $101,368 for 115 staff and Stonelake Corporation claiming $209,474 for 232 staff.

The New Zealand Herald reported yesterday that nationally, just over $17million had been paid out to 69 companies with more than 100 staff.

Finance Minister Grant Robertson revealed on Friday that $998million had been paid out to 242,600 business in total.

Businesses can also access the resurgence support payment from Inland Revenue, which is a one-off payment based on a 30% revenue drop over a seven-day period, which can be used for business expenses.

Under that scheme, businesses can claim $1500 plus $400 per full-time equivalent employee up to a maximum of 50 full-time employees. Sole traders can receive a payment of up to $1900.

The ministry plans to publish the latest wage subsidy figures in a report each Friday. — Additional reporting The New Zealand Herald