The smelter at Tiwai Pt is due to close in just over three years at a cost of 1000 jobs and $400 million sucked annually from the Southland economy. Photo: ODT files
An Australian billionaire is looking at using the aluminium smelter site at Tiwai Point near Bluff for environmentally friendly hydrogen production.

The smelter is due to close in just over three years at a cost of 1000 jobs and $400 million sucked annually from the Southland economy. 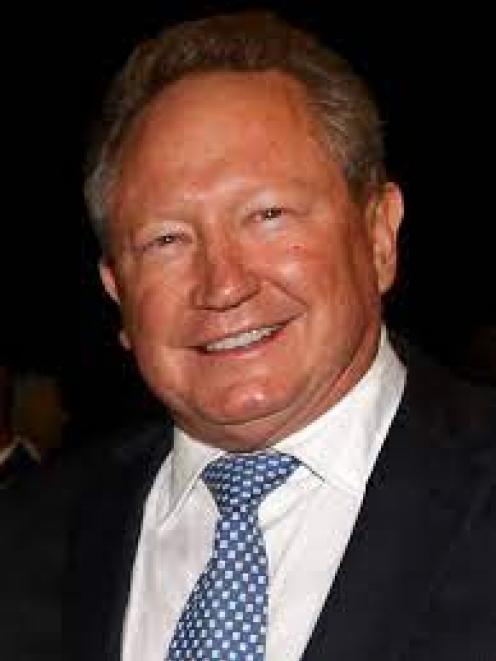 "The Southland region and its renewable energy potential makes it an exciting opportunity for development as a potential green hydrogen production and export hub," chief executive officer Julie Shuttleworth said in a statement to RNZ.

Forrest clashed recently with the Australian federal government over his forecast of a rapid end in sight for coal-fired energy and steel production.

While the company signed up some renewable and green energy project deals on its tour, nothing regarding Tiwai Point was signed.

"We are pleased with our engagement with local stakeholders and government on the feasibility studies to date," Shuttleworth said.

Payment to clean up

The Government and smelter owner Rio Tinto are still locked in a months-long wrangle over a site clean-up expected to cost well more than $300 million.

Documents released under the OIA to The New Zealand Herald last month, show the government offered to pay Rio Tinto multi-millions of dollars, if it would in turn spend about $300 million on a clean-up.

But the multinational rejected the offer.

Officials had warned ministers that $300 million might well be too little and the "Crown will be seen to have agreed a level of remediation below what is necessary".

Officials even gave the suggested payment a name, the "Southland Transition bond" - and elsewhere described it as a "balloon payment" enabling Rio Tinto to leave Southland.

A fallback option suggested in 2020 was for the government to make an "upfront payment", in return for Rio Tinto committing to "achieve legal minimum remediation standards".

The documents show officials had expected, if the "balloon payment" was agreed, that the smelter would want to disguise it as more of the electricity transmission relief it has won in the past from the Crown, so that it would get a positive reputational spin out of it.

"Fortescue requested the meeting to brief us on their early thinking," the regional council said.

The Ministry of Business, Innovation and Employment said, in a statement, it had interactions with Fortescue on the potential use of the smelter site or "available electricity" should Rio Tinto exit.

"Fortescue has expressed an interest in developing a green hydrogen project at the site."

The discussions were to update agencies and ministers on where the project was at.

Fortescue said it was committed to empowering communities and safeguarding the environment.

It aims to make steel with hydrogen generated from renewable energy sources instead of from dirty coking coal, and plans to start building Australia's first green steel plant powered by hydrogen this year as a trial.

But Dr Forrest's prediction of the demise of Australia's coal industry put him offside with Canberra, which is backing coal for decades to come.

Fortescue, worth $41 billion, sends most of its iron ore to China.

MBIE said Fortescue was one of several organisations that have discussed with the government potential projects at Tiwai Point to use "the electricity that the smelter uses if or when Rio Tinto ceases operations".

The OIA documents show officials are not convinced the smelter will be shut.

Aluminium world prices have been on the up, and Rio Tinto secured a good deal on power from state-owned Meridian in January.

Negotiations have been fraught.

Officials advised ministers that Rio Tinto maintained that it regularly updated closure plans for all its smelters but "despite repeated requests, Rio Tinto has never provided any detailed information about its closure study [at Tiwai]".

The Government responded by suspending talks in March.

Ministers were told in February the best option was to keep talks suspended until New Zealand Aluminium Smelters has finished its closure study, which would not be until 2023.

"This approach puts the onus on Rio Tinto to satisfy the Crown's information needs in return for the financial relief that it seeks," a Treasury document said.

The next best option was to resume talks just before smelter was due to shut in late 2024, putting pressure on Rio Tinto to do a deal if it wanted to keep operating.

As for paying Rio Tinto to encourage it to clean-up - a proposal the company rejected in 2020 - the documents say "officials recommend that a similar approach be taken to other large industrials" that faced closing down.

Makes sense to use Tiwai to make hydrogen but why can't it be done by NZ for NZ?