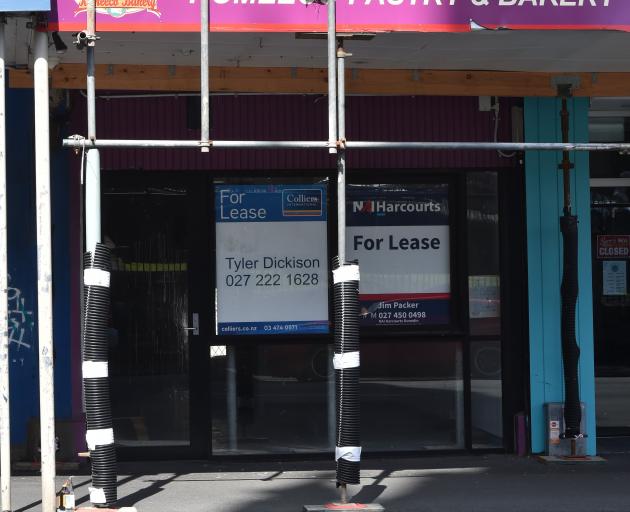 A Dunedin bakery whose owner was this week fined for not paying staff properly was a "very depressing and lonely" place to work, a former employee says.

Romeeco Bakery owner Anesly Joy Samuel was on Wednesday ordered by the Employment Relations Authority to pay nearly $300,000 in arrears and penalties after a Labour Inspectorate investigation found he underpaid staff.

The staff member, who the Otago Daily Times has agreed not to name, walked out on Mr Samuel, known to his staff as Joy, in 2020.

They described their time as "traumatic".

The former staff member was visibly upset while recalling their experience.

"It still deeply affects me".

It was agreed, in writing, that they would work 40 hours a week over five days, with Friday and Saturday off, but it never worked out like that.

Some days Mr Samuel appeared to be angry, they said, and they would be sent home after just four hours, with no reason given.

It quickly became difficult to manage life outside work.

"I had bills to pay, I needed to have a steady income."

Feeling overwhelmed and anxious, the former staff member rang Mr Samuel in tears and asked to be rostered on for their contracted hours.

No change was made and they said he reacted angrily to subsequent approaches about the matter.

They also alleged Mr Samuel would swear at staff, and throw items around the kitchen after losing his temper.

"In my last few weeks there I was just shaking the whole time."

The Employment Relations Authority noted Mr Samuel repeatedly threatened the workers who brought the pay case to the authority, in attempts to stop them continuing the case.

The former staff member was not aware Mr Samuel was under investigation until they read it in the news on Wednesday.

The former staff member was in a relationship at the time, which they said ended largely due to the strain the stress was putting on them.

Even when they were not working, they were still thinking about how they were treated at work.

"I couldn’t even go hang out with friends doing cool things. I just went home and slept all day. I was broken."

In the end, they sought legal and medical advice about how to resign without notice in October last year because "I just had to go, I was not OK".

"It was such a relief when I walked out."

After taking a month out to recover, they quickly got  another job at a local bakery, which was totally different working environment.

"I’m just loving it, I’m learning something new every day and I’m treated amazingly," they said.

When contacted, Mr Samuel’s wife, Nirosha,  said he was at home and unavailable to speak.