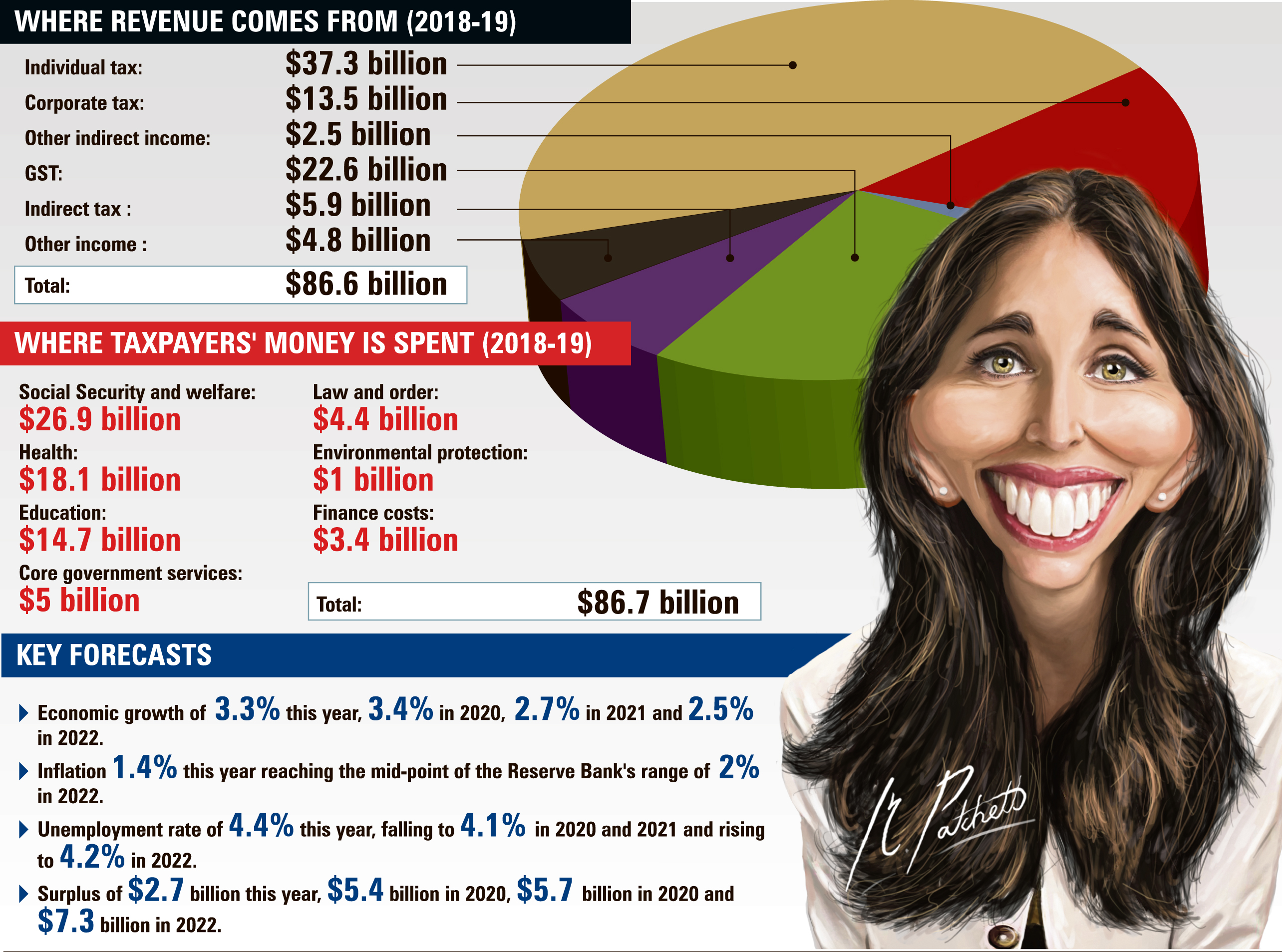 In his Budget 2018 speech, Mr Robertson said the Government's plan was fully funded within the operating and capital allowances set for the 2018 and future budgets.

He had been able to increase the allowances slightly because economic growth was forecast to be stronger than was expected before the election, by cracking down on tax avoidance and by having different spending priorities and a more balanced debt track.

"We are committed to being responsible - not just fiscally, but socially and environmentally. This Government is preparing our country for the future by making sure its foundations are strong and sustainable."

Year in, year out, New Zealand governments had been delivering fiscal forecasts the envy of much of the rest of the world.

Budget 2018 was no different, with the Labour-led Government able to confirm increased capital and operating spending while still maintaining a rising trend in its surpluses and a falling trend in its net debt balance.

Mr Ebert said there were many who thought the Government would have to accede to a higher debt target or cut back on expenditure, but they missed two important things.

Mr Robertson was wedded to his surplus and debt targets and was always going to do everything possible to achieve them.

"It would have been bad politics to fall at the first hurdle."

Aiding and abetting Mr Robertson was the Government had been the beneficiary of stronger-than-expected tax flows, which provided a stronger revenue base from which to extrapolate, Mr Ebert said.

"Without this, solving the equation will have been much harder."

The Government had not got its books under control through expenditure constraint.

Using BNZ inflation forecasts, which were higher than those of the Government, the average real growth in government expenditure over the five years ended June 2022 would be 3.1%, he said.

"We are also concerned there must surely be upward pressure on the expense track, given the promises Labour has made to the electorate, and there is more down-side risk to the Treasury's growth forecasts than there is up."

Were those risks to play out, the surplus and debt targets could come under pressure. It could be argued in an economy short of infrastructure a higher debt target might be excusable. There was nothing magical about 20% as a target for net core Crown debt, Mr Ebert said.

The majority of what was released would have been already incorporated into the Reserve Bank's forecasts.

What remained of interest was the Treasury still at odds with the Reserve Bank about when the official cash rate needed to rise in order for inflation to meet the target.

The Treasury stated interest rates were forecast to rise from the end of 2018, perhaps meaning the November Monetary Policy Statement, he said.

"This is way more aggressive than the Reserve Bank's stated course of action."