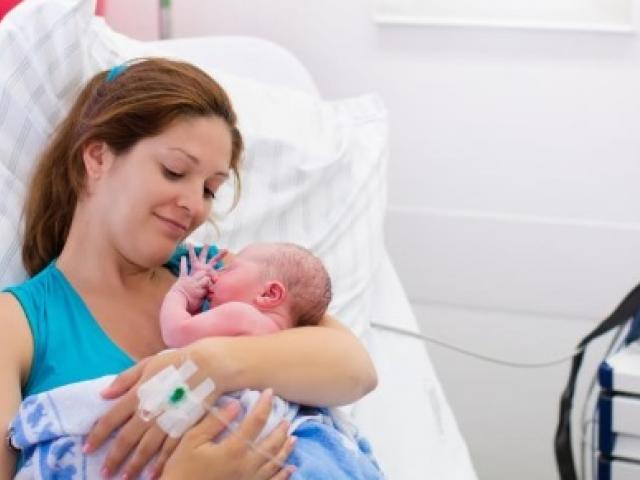 Photo: Getty
Midwives across the country say they are "devastated" with yesterday's Budget announcement and are calling it quits.

But midwives say it's not enough.

"Disappointed, devastated and angry," she said of the Budget.

"The pay increase sounds nice on the surface but if you break it down, it doesn't come close to being able to cope with living costs or addressing any of the problems expressed time after time."

"I'm sick of being paid less than I could earn working at a supermarket," Ramsay said.

The mother-of-four said she had just worked a 60-hour-week and was on her way to the hospital to support a woman in labour who she will need to be with for the next 12 hours.

"It's not safe for the pregnant woman or the midwife."

And she's not alone. An Auckland community midwife, who would not be named, said she had hit breaking point and was ending her 20-year-career.

"I couldn't tell you how many tears I have wiped, how many marriages I have saved, how much new life I have had pass through my hands, how much my heart has broken helping women deliver their precious babies gone before they could get to know them, and how many lives have been saved by timely midwifery decisions and actions.

"But yet I get paid less than a digger driver ... I can't do it any more," the Auckland midwife said.

Former midwife Veronica Storey said she gave up the profession two years ago because she just couldn't cope.

"I feel so much for my colleagues still in the profession and many of them have already faced challenging health conditions, cancer, autoimmune diseases and burnout," Storey said.

They are just three of the hundreds of woman who have been posting on New Zealand College of Midwives (NZCOM)'s Facebook page and the Dear David page expressing how upset they are.

NZCOM deputy chief executive Alison Eddy said the college was aware that many midwives were waiting on the Budget announcement before deciding whether to keep going or not.

"We have certainly heard many were quitting...there are many areas around New Zealand that have historically been populated with midwives and now have a shortage. And we know many rural areas have hit crisis point."

For the last two years, NZCOM and the Ministry of Health have been working on a co-design funding model, but after the Budget Eddy said there was a lot of uncertainty.

Today, Health Minister Dr David Clark said he acknowledged that some midwives would have liked the Government to go further in this Budget.

"But I think we have struck the right balance and laid the foundations for a sustainable midwifery sector," Clark said.

He said it was a significant boost and would make a real difference to their incomes.

"There is also $10 million over two years to recognise the costs associated with being self-employed – that will also help midwives' finances.

"We are also putting $16 million towards ensuring safe hours of work, to assist midwives with the cost of calling in colleagues to take over care during a lengthy labour."

Clark said he expected conversations between the Ministry of Health and the College to be ongoing.

"But the package of additional support for midwives announced in the Budget addresses a number of issues raised by the College."

Now I may be wrong about this, but I was under the impression that childbirth was a natural process and has been taking place for some time before doctors or midwives were even invented ! ... I say we get back to the old 100% Pure Kiwi way and let nature take its course as it was intended ... naturally.

There were rumours circulating that the Greens were going to give each midwife a free birthing tent made from entirely natural hemp products, along with transport in the way of a free, non-greenhouse gas farting donkey and feed.

Patients would have been given 100% Pure Manuka branches to bite down on, or if the pain was too bad, the midwife would have passed the patient a dutchie from the left hand side and played appropriate Bob Marley background music on a wind-up gramaphone to soothe the savage beast ... these zero carbon footprint initiatives being left out of the health sector incentives in the latest budget are now being touted as the reason for the midwives calling it quits.

Unfortunate to say the least; these initiatives would have been the equivalent of giving the midwives a 27% pay increase, while saving the country billions over the next 6 months.

?? I don't understand if your irony is to support midwives? Or are you saying they are unnecessary?
Pre our modern techniques, 1 in 8 died in childbirth, I believe.
I have had two children, and without my midwife and her specialised emergency care, on both occasions I would have died, or my baby would have died. Yes, there are lucky women out there who comfortably have home births. But for many other mothers ---- letting "nature take its course as it was intended ... naturally" would lead to many tragedies. It's **often** life and death ------ Who wants their baby/mother/wife/daughter to lose their life because their healthcare professionals are so over-worked and over-tired and over-stressed that they cannot make crucial decisions?
Is this more institutional sexism? Female clients, female workforce ...
Good on Labour for giving something in the budget. But they need more!!