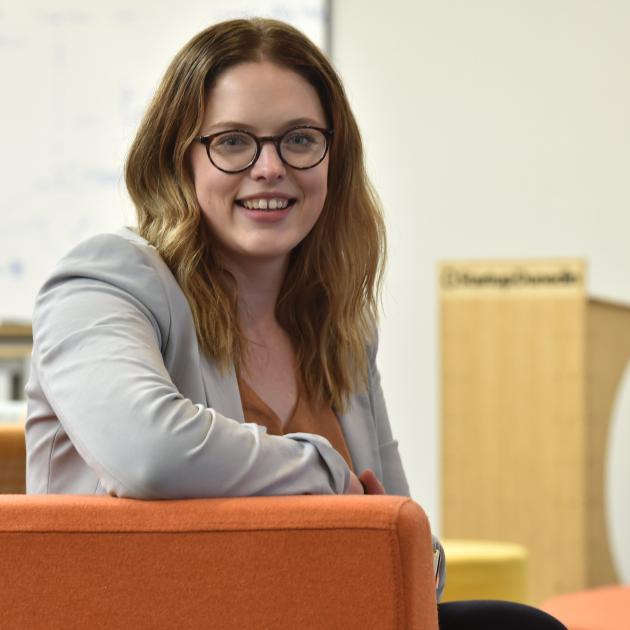 Start-up Dunedin general manager Rachel Butler
Local business leaders are keen to ensure innovation and investment in start-ups will be supported by spending announced last week in the Government’s Budget.

More risk-taking was required, but there was potential for high growth and high scale.

Such organisations might not always suit the kind of support offered to small or medium-sized enterprises.

"I think it is just acknowledging high-growth Kiwi start-ups is a really important export for New Zealand."

Otago Chamber of Commerce acting chief executive Nicky Aldridge-Masters said she did not believe the Budget did enough for start-ups, including Dunedin’s creative and technology clusters.

There were "a lot of positives" in the Budget such as the $85million investment in Hillside workshops.

... [such as] growing those start-up businesses, helping entrepreneurs, giving them that kick-start that will get their business off the ground."

That would be an important investment for the future, and something the Government could be doing better, she said.

PocketSmith co-founder Jason Leong said after last year’s Covid-related spending on the business sector it was understandable this year’s Budget did not spare much for small to medium-sized enterprises.

"I’m confident, though, that this would be another catalyst for the type of innovative thinking that will build resilient, successful businesses that will last for years to come."

The $44million invested in digital business skills training was a smart move that would further capitalise on the investment in the nationwide fibre rollout, he said.

A Government spokeswoman said support for start-ups was coming from the Covid-19 Response and Recovery Fund for Business, Science and Innovation set up in last year’s Budget. A total of $149million from that fund was used to establish a temporary R&D loan scheme to provide direct cash support to businesses to enable them to retain and maintain as much of their existing R&D programmes as possible. This programme was open to applications from start-up firms.

In Budget 2021, $58million was set aside for R&D growth grants, targeted business research and development funding, and repayable grants for start-ups.

"We continue to look at ways we can create a more supportive environment for start-ups and at where action is needed in the short and medium term."