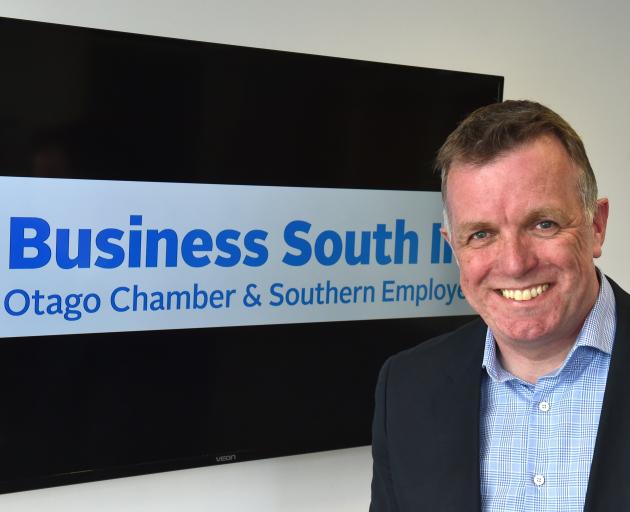 Neil Finn-House was yesterday elected as the inaugural chairman of the business support group at its first board meeting.

The Otago Southland Employers’ Association and the Otago Chamber of Commerce merged in October to form Business South: Otago Chamber and Southern Employers.

Mr Finn-House, who had chaired the group’s transitional board, said it was an honour to be the group’s first chairman.

English-born, Mr Finn-House considered himself a ‘‘career retailer’’ after starting in the industry as an 18-year-old in the 1980s.

He moved to New Zealand in 1996 to work for Progressive Enterprises, now known Woolworths New Zealand and shifted to Dunedin in 2003 to be its regional manager.

‘‘I’ve always loved retail, it is a really fascinating industry to be a part of,’’ he said.

He believed Dunedin was a great place to not only be in business but also live.

‘‘It is home for me, there is good people and it is about what you can do, not who you are.

‘‘We look after people well here, people spend money with each other which is a real strength,’’ he said.

There was pressure on businesses and that reaffirmed why a strong business support group was so vital, Mr Finn-House said.

‘‘We have a very tangible role to make sure that businesses have access with the most up to date policy and advice from the decision makers.’’

That was a fairly lengthy process and allowed it to issue export documents, which allowed businesses to be export accredited, he said.

‘‘That was quite a significant milestone and a fantastic result.’’

The job for the board was now to deliver on the mandate the members had delivered with their vote for the merger.

There had been a lot of work to bring the two organisations together and Mr Finn-House hoped the merger would be officially completed by the end of the year.