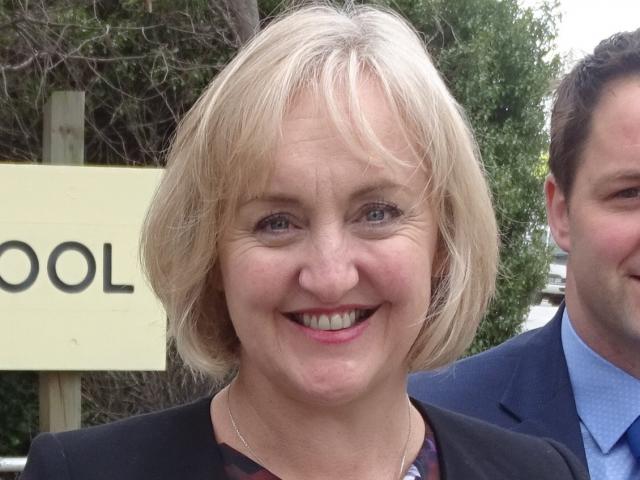 The background paper ''The Future of Tax'' was released yesterday.

Mr Hope, a member of the working group, said tax reviews were infrequent and could bring significant changes for business and the economy.

''This review is particularly important as it comes at a time when technology advances are affecting both business and business revenue gathering.''

The working group was seeking public opinion on the overall performance of the tax system as well as seeking views on specific topics.

Those topics included: how would capital gains tax affect housing affordability?; should environmental taxes be introduced?; should corporate tax become progressive, rather than a flat rate across all businesses?; should there be GST exemptions?; should additional taxes such as stamp duty, financial transaction taxes and wealth taxes be introduced?

''It's the return of Sir Michael Cullen with his hands deep in the pockets of hardworking Kiwis trying to think of new ways to get more money from them.''

Ms Adams said if the Government was serious about the stated aim of the group proposals being revenue neutral, the discussion document would focus more on proposals to reduce the tax take in other areas.

The document instead talked about the need for taxation to increase.

Tax revenue was already rising because of the strong New Zealand economy, she said. Three years ago, the Government collected $66.6billion in tax. It was forecast to be $78.2billion this year and $93billion by 2021.

Adding new taxes would only discourage savings, investment and slow down the New Zealand economy.

People in paid work make up a huge proportion of the Government's revenue stream through their income tax, as well as benefiting from the social services and protection powered by tax.

''Whether you drive on a road, ride in a bus or cycle to work - before you even get there, your day has been improved by tax.'' Everyone in New Zealand was a user of health services, and everyone received benefits from the education that produced capable citizens.

Tax was the way protect the quality of life so all could enjoy a stable and safe society, Mr Huggard said.

Sir Michael said it was clear a capital gains tax and land taxes would be among the most contentious issues reviewed by the tax working group.

''I want to take this opportunity to remind New Zealanders the family home is completely out of the mix. But that still leaves plenty of scope to review other ways such taxes might be supplied.''

Inheritance taxes were also off the table, he said.

The first phase was for discussion and consideration. No decisions had been made and there were no preconceived ideas about where the process would end.

Every idea would be examined on its merits.

The group was not being asked to raise more revenue for the Government. It was being asked how to maintain the current level in the face of some major future challenges such as an ageing population and new technologies, he said.

Submissions closed on April 30 and could be made at https://taxworkinggroup.govt.nz