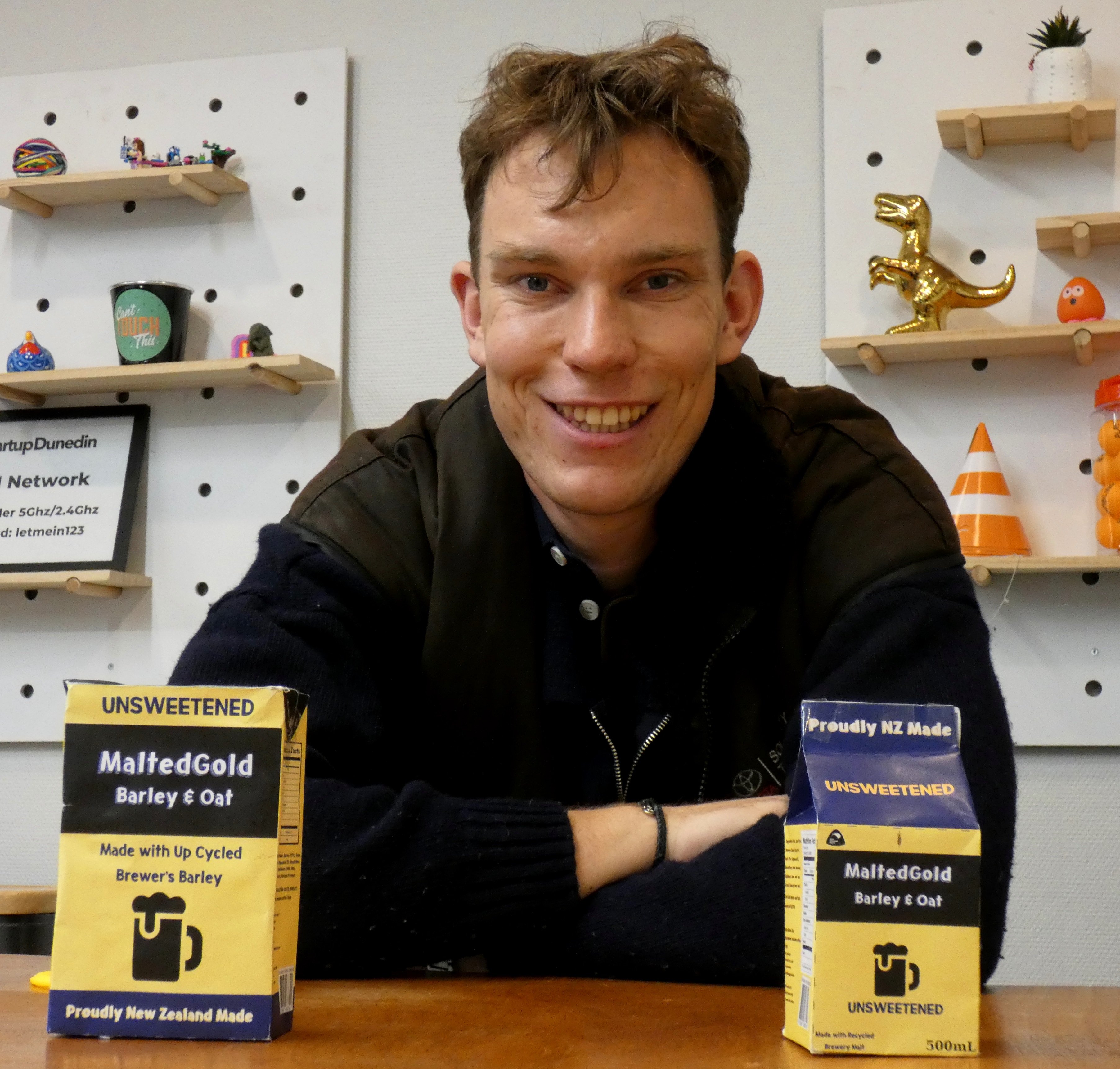 This week in the series, reporter Simon Henderson finds out how the leftovers from beer production can be turned from waste into a new sustainable product.

If anything can ride the wave of boom and bust it could be beer.

And as more sustainable practices continue to be a hot topic for many businesses, one young innovator is turning his attention to finding a way to make the most of brewing byproducts.

He worked at a brewery while he was still in year 13 at school in Timaru, gaining experience as an intern.

But one aspect he observed was how much grain was thrown away.

‘‘After each brew there is all this spent grain.’’

Although some grain was used as stock food, he thought there was an opportunity to find another use for it.

About 93% of industrial food waste came from how products were made, Mr Bowmar said.

That represented a ‘‘huge potential’’ to find better use for food waste. One of his friends commented it seemed to be the case that none of the plant-based milks that were becoming available in New Zealand were made here.

He founded Malted Gold, a plant-based milk that would use a mixture of barley and oats, plus water, to create a versatile drink.

His product was barley and oat plant matter, finely ground and suspended in water.

His product  could be used as milk was, both as a drink and as a food ingredient.

As well as sourcing local products, it was important to minimise travel times by creating and delivering the product within the region.

‘‘Ideally, I would like to have a direct interaction with consumers, such as a milk delivery or subscription service.’’

Where is it available now?