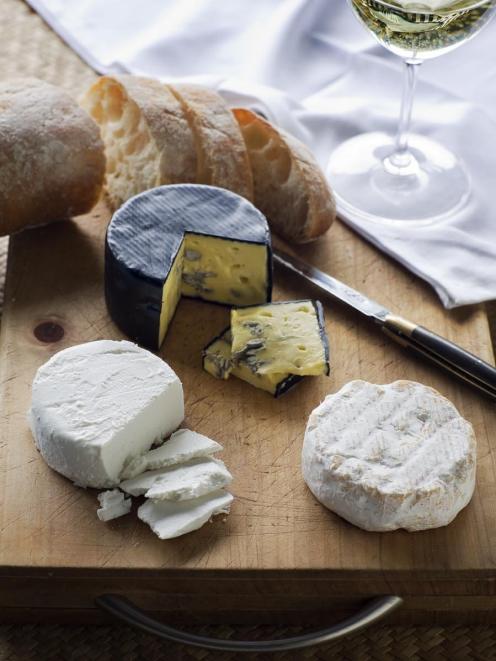 New Zealand cheese is filling an important hole in the global market. PHOTO:SUPPLIED
The time is ripe for the global cheese industry, agribusiness specialist Rabobank says.

And as with many New Zealand exports, all roads lead to Asia.

In its report, Global Cheese Trade Dynamics, the bank says strong demand prospects for cheese in emerging markets will drive much of the export market expansion.

The report says market opportunities will be underpinned by increasing cheese demand in emerging markets and deficits in those markets, as their domestic production remains limited.

"Over the past five years, Asia has emerged as the cornerstone of growth in global cheese trade as low per-capita cheese consumption, population growth, westernisation of diets and a growing preference for full fat dairy all provide a platform for growing demand," it notes.

The report also suggests that the long-term trend towards eating out of home has also fuelled growth in the quick service restaurant channel, particularly for mozzarella cheese on pizzas and processed cheese for burgers.

But, the report warns, it will not all be smooth sailing as the global trade environment looks set for a period of heightened volatility and uncertainty and cheese demand is likely to be vulnerable to economic shocks.

Report author, Rabobank senior dairy analyst Michael Harvey says cheese has established itself as an important driver of dairy export returns and 11% of cheese produced is now traded on the global market.

He believes most of this increase will be driven by Fonterra, which has recently invested $240million into mozzarella capacity at its Clandeboye plant, near Temuka.

"So we expect to see cheese playing an increasing role in New Zealand's dairy production profile," he said.

The report notes that over the past five years, more than onemillion tonnes of new cheese production capacity has come on line globally.

"While that growth has been necessary, we are entering a period with potential excess capacity.

"Nearly half of the world's cheese, around 10million tonnes, is produced in the EU, while the US has gone from a net importer to exporter of cheese in the past 10 years, producing sixmillion tonnes of cheese in 2019.

"That together with intensifying competition, will create some challenges for all export regions, despite the strong demand fundamentals," Mr Harvey said.

"The key to success will include staying agile, maintaining access to key offshore markets, scaled manufacturing and a culture of innovation."