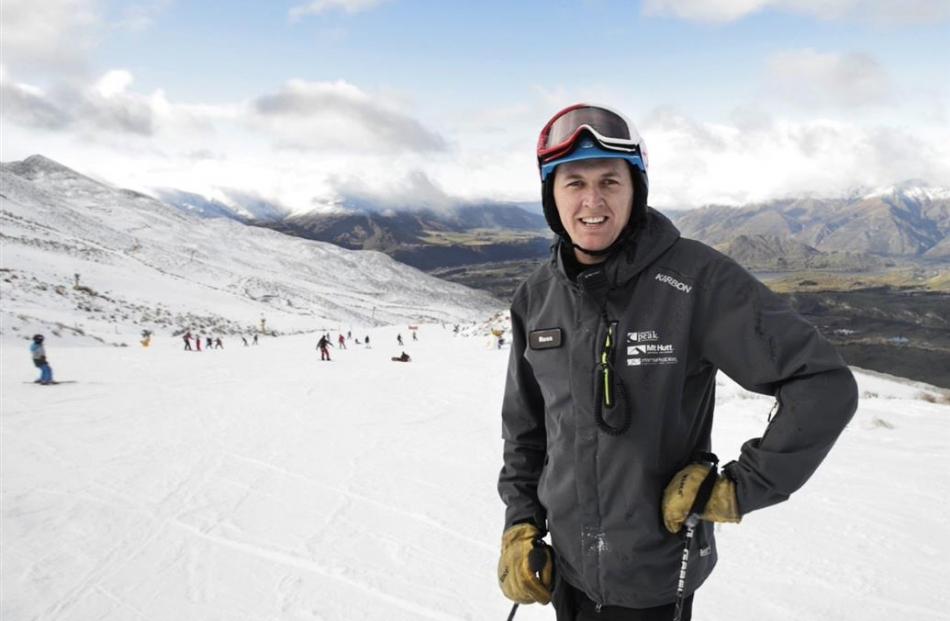 On what should have been the coldest part of the coldest month of the year, Coronet Peak Ski Area manager Ross Copland was looking out his office window at torrential rain. Climate change has the ability to alter the way New Zealand's lowest skifield operates, he tells business editor Dene Mackenzie.

The impact of climate change is a reality for Coronet Peak Ski Area manager Ross Copland.

Instead of watching 40cm of snow float down on Wednesday, he was instead watching torrential rain washing the snow away, leaving up to 4000 potential skiers at the bottom of the hill instead of enjoying the slopes and trails.

"Climate change is something I am passionate about. We have a sustainable business here but warmer temperatures mean extra costs. There does not seem to be much chat around on the issue.''

Coronet Peak was the lowest commercial ski area in New Zealand and was the most exposed to climate change, he said.

June was the warmest month in Queenstown's recent history.

The June temperatures were 2degC higher than average, a significant figure for Coronet Peak which had a two degree elevation.

The 2degC of warmer weather was the difference between 30cm to 40cm of snow from the top of the peak to the base and rain - like on Wednesday, Mr Copland said.

"On July 13, the coldest part of the coldest month, we should be open, except it is raining and we are closed today with 3000 to 4000 visitors not here.''

Mr Copland has experienced it all in his four years on the peak.

His first year was the warmest winter in Queenstown's history.

In 2014, his second year, it was the wettest August on record and the winter games were due to be held.

Last year, there was a record snowfall and a cold winter and this year is warm and wet.

"I have been here four seasons and three of them have had some sort of records.''

Not having Coronet Peak open had a significant impact on domestic and international visitors, he said.

Australians, in particular, did not board planes to Queenstown without first knowing snow was falling.

The effect of snow could not be underestimated.

A Tourism NZ paper said visitors to Queenstown spent about $250 a day.

If 100,000 fewer visitors arrived in Queenstown, that took up to $25million from New Zealand's gross domestic product, Mr Copland said.

Climate change predictions were a concern for Coronet Peak, even if emissions targets were met, as a 2degC rise in temperature could wipe out Coronet Peak.

"We are half of the Queenstown ski market. Two degrees will have a big impact. If that is regarded as acceptable, we will learn we won't have a business in a short amount of time.''

Technology being introduced in Europe allowed for ice-making but it was energy-intensive and skiing on ice was markedly different from snow, he said.

Coronet Peak had the latest snow-making technology but it was expensive to run.

However, as temperatures rose, the field would have to do more.

"This is the grim reality. If people don't get climate change, they need to come and have a look to see the massive impact it has on us.''