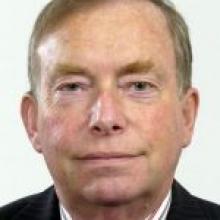 The release of the holding company's report yesterday was earlier than normal, mainly because of a continuing dispute between the company and the Dunedin City Council regarding an appropriate level of dividends.

In the reported period, DCHL paid a "substantial" dividend of $23.3 million to the council, Mr Hudson said.

"If we were to add up the total cash paid to the council over the past five years we get a figure of $106.3 million."

The company had indicated it would pay a substantial dividend to the council in the current financial year before reducing the amount paid so subsidiaries, particularly Aurora, could invest in renewing ageing assets.

Asked if DCHL had borrowed to pay the dividend or had funded it through cash flow, Mr Hudson said it was a mixture of both but warned that could not continue.

DCHL's accounts showed it had significantly reduced its short-term debt, to $4.32 million from nearly $9 million in the previous corresponding period.

Current liabilities had fallen to $88.9 million from $144.2 million in the previous corresponding period.

However, the holding company is in a strong cash position with $39.2 million in operating cash at the balance date compared with $32.1 million in the previous corresponding period.

Mr Hudson said DCHL had committed to paying increased dividends to the city council for five years but had extended that to a sixth year, at the request of the council.

But it was the time for directors of the holding company to assess the amount of dividends the company could pay to the council and what was needed for capital expenditure by the contributing companies, he said.

The company had warned the council in 2006 the high dividends were unsustainable.

A dispute about future dividends erupted in July, when Dunedin Mayor Dave Cull accused Mr Hudson of being less than forthcoming about the company's financial position, and indicated it was time for Mr Hudson to leave the board.

Mr Hudson confirmed Mr Cull had attended most city holding board meetings since his election and that finance and corporate support manager Athol Stephens had attended all meetings.

The council was also briefed four times a year on the holding company's activities and councillors had available to them full and half-year reports.

It was essential the council-owned companies - Aurora Energy, City Forests and Delta Utility Services and the stakes in Taieri Gorge Railway and Dunedin International Airport - reinvested in capital expenditure so they could continue to pay dividends in the future, Mr Hudson said.

Mr Hudson was not aware of any company that had been asked to predict its future for the next 10 or 20 years.

When the council companies were first formed, they paid a percentage of their profits to the parent council shareholder. When that percentage was increased to 100%, the companies were left borrowing for capital expenditure.

In 2006, DCHL wrote to the DCC warning that level of dividend was unsustainable.

The level of dividend this year was 96% of tax paid profit.

It was likely a dividend of $23.2 million would be paid in the current financial year, he said.