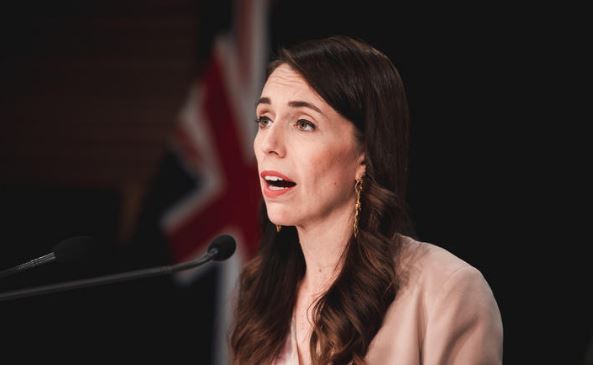 The cost of living has now surpassed previous national concerns of both Covid-19 and rising house prices.

Yesterday, National Party leader Christopher Luxon described the cost of living as a crisis and said he would repeal every tax or added levy Labour had introduced since 2017 if he became Prime Minister.

Prime Minister Jacinda Ardern told the AM show this morning that New Zealand was experiencing high inflation at the moment, but it was not projected to stay in place for a long time.

She argued the Government had lifted the minimum wage and increased the family tax credits in response to inflation. She wouldn't describe the rising costs as a crisis, but said "there was an impact people were feeling,  undeniably".

Tomorrow the Commerce Commission will release its final report on the grocery sector after conducting a year-long market study looking into competition - or lack of - in the industry.

High food prices are believed to be fuelled by little competition, with the sector dominated by two major players.

The consumer watchdog is deciding how best to regulate the price of groceries because it is convinced the $22 billion sector "is not working well for consumers".

It is mulling whether to force the sale of supermarkets' wholesale businesses or some sites. It is considering the Government's role in helping with the entry of new players.

The grocery market has seen its fair share of inflation in recent months, with prices of regular staples increasing by more than a dollar. Increasing prices are largely being passed on to consumers as suppliers and manufacturers face their own cost pressures.

Stats NZ figures show annual food prices recently increased by the most in more than a decade, up 5.9 per cent from January 2021 to January 2022, while the wider inflation rate has hit a 30-year high.

Consumer NZ chief executive Jon Duffy said the organisation was also concerned about the rising cost of living and the proportion of New Zealanders "struggling to afford their grocery bills".

"We've been campaigning for much-needed change in New Zealand's highly concentrated supermarket industry. With only two main players there is a distinct lack of competition that is contributing to high prices and higher-than-acceptable profit margins," Duffy said.

He said the release of the final market study in the grocery sector would provide an opportunity for real change to be implemented in the sector.

Duffy said Consumer NZ is calling for the introduction of a mandatory code of conduct and the appointment of a supermarket commissioner, along with eight other ways it thinks will help to cool the price of groceries and ensure the market stays competitive.

It would also like to see collective bargaining implemented on behalf of suppliers, requiring supermarkets to supply other retailers with groceries at competitive wholesale prices, the end of supermarkets placing restrictive covenants on land use, introducing mandatory unit pricing, and introducing a consumer information standard on supermarket price displays and promotions.

It would like to see the end of supermarkets offering price discounts only to loyalty cardholders, monitoring of retail prices and margins, and an increase in Fair Trading Act penalties for misleading pricing.

"The release of the final market study in the grocery sector provides a once-in-a-generation opportunity to bring about real change in the industry, including fostering genuine competition and fairer pricing for all consumers. Our submission highlights what we believe needs to be done to fix the industry, identifying 10 key areas that could easily be implemented within the next year," Duffy said.

"We hope to see positive and impactful recommendations for change by the Commerce Commission tomorrow."

A poll of 1000 Kiwis through email and social media found 98 per cent of people were worried about the cost of groceries in New Zealand and were making changes to their weekly shop as a result.

More than 84 per cent said they had removed items from their usual weekly shop because of cost.

Does anyone seriously still listen to this deluded babble that comes out of her?

Sure, if you are earning NZ $471,049 plus expenses per year as Prime Minister, no crisis at all!

Really, most of NZ are seeing 10-15% plus inflation on basic goods ... but spending 90-100% of their income (food, rent, energy) so even on median earnings it is an economic crisis! For the lower income earners in society it is poverty, plain and simple!

Hard to believe a majority Labour gumint can't/won't see that!

"We hope to see positive and impactful recommendations for change by the Commerce Commission tomorrow."

Yesterday Consumer New Zealand hoped, and so did I.....Now we both know what these recommendations are....and aren't.

I am afraid - An immigrant from a 'Third World' country once said this to me:

"It isn't that this country does not have corruption - it's that it has no effective immune response to it. Corruption in New Zealand does not thus express itself as a painful and visible boil on the surface of public life (aka a public corruption scandal and accompanying effective government response to contain and eliminate it). Corruption is New Zealand is far more serious than such an unsightly, festering, but localised boil. It is a disease that, above a certain level, has got past the primary immune defence mechanisms of society, and has become a generalised and invisible blood infection that circulates through our nation and progressively debilitates it....economically (high prices), socially (increasing inequality) and morally (a lack of public trust in government and the law). 'Here' will thus become what I tried to escape from."

That feels about right.