Court will not consider climate change 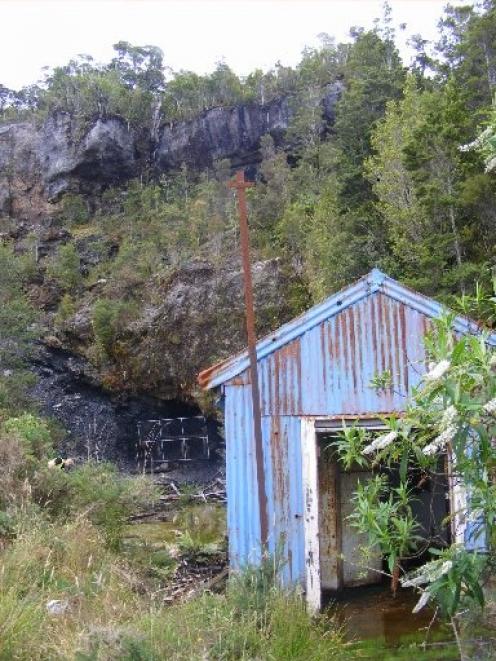 An entrance to a historical underground coal mine on the Denniston Plateau escarpment, which environmentalists do not want mined by Bathurst Resources. Photo by Simon Hartley.
Another hurdle has fallen for West Coast coal miner Bathurst Resources, angering environmentalists, with the news the effects on climate change will not make the agenda of forthcoming Environment Court resource consent challenges.

Bathurst gained more than 20 consents last year from two West Coast councils in its bid to begin mining up to 2 million tonnes annually of specialist hard coking coal for export, mainly off the Denniston Plateau escarpment area above Westport.

Environmentalists have made the threat to the biodiversity of flora and fauna on the Denniston plateau a priority issue this year and have challenged the council-issued mining consents in the Environment Court, with a date yet to be set.

Forest and Bird and the West Coast Environmental Network Inc were hoping to include discussion of the effects on climate change of mining coal, and also its burning overseas, in the hearing.

Forest and Bird said the decision "ignores serious threats of climate change" and it was considering appealing it.

Forest and Bird Top of the South field officer Debs Martin said climate change was the single biggest threat to biodiversity in New Zealand and the world.

"It knows no boundaries. The Resource Management Act is about long-term sustainability of our natural environment.

"How can we seriously make sustainable decisions about our environment if we are ruled out from considering the effects of climate change," she said in a statement.

Bathurst chief executive Hamish Bohannan said the announcement was a "positive decision" and he expected a date to be set for the resource consent challenges.

Bathurst has yet to seal an agreement with the Department of Conservation on access and concession rights.

Ms Martin yesterday noted the issue of access to the Denniston plateau would not be publicly notified.

Bathurst shares were trading flat at 79c yesterday, since having come off a late-April high of 94c per share.