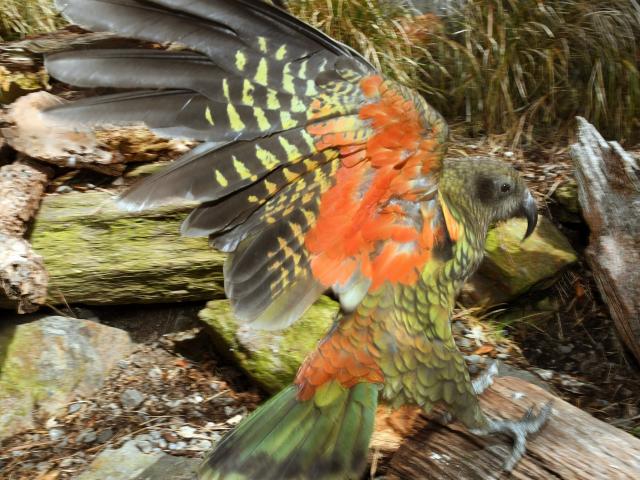 Being a protected species, you would think our celebrity bird would be better off bred in captivity.

Conservation projects will be able to apply for additional Department of Conservation funding following the announcement of a multimillion-dollar cash injection to its Community Fund.

A decision by Doc to allow a 66% increase in overnight guided walkers daily on the Routeburn Track ''drives a horse and carriage through'' the Mt Aspiring National Park Plan.
The Department of Conservation says trampers using the Cascade Saddle route in the Mount Aspiring National Park can be assured upgraded warning signs will be positioned at the most treacherous section of the crossing.

The Department of Conservation has declined to release a fire investigation report to the Otago Daily Times requested under the Official Information Act.
With the odds overcome, Manapouri's Ruth Shaw was overjoyed at yesterday's Government decision to refuse the Fiordland monorail.

Te Anau people should be crying - not cheering - over yesterday's government decision rejecting the idea of a $240 million Fiordland monorail, its backer says.
The Department of Conservation plans to buy several parcels of Contact Energy land in the Upper Clutha if a funding application is successful.

A new team of managers has been appointed to run the biodiversity, recreation and historic conservation arm of the Department of Conservation's southern region.

Predator-free is a fraught phrase with some hidden fish-hooks.
The new research station to be built on the environmentally protected Auckland Islands, 465km south of Bluff, will be named after the late Sir Peter Blake.

Urgent interim measures need to be taken to protect the endangered New Zealand sea lion population given the serious rate of decline in pup numbers in the Auckland Islands, scientists and conservationists say.