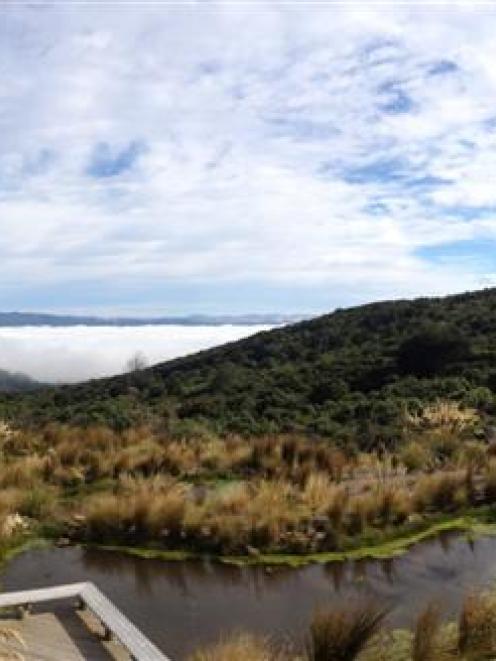 The Orokonui Ecosanctuary. Photo by Craig Baxter.
More than half the Otago and Southland groups that applied for funding from the Department of Conservation's new partnerships fund failed in their bid.

Thirty-six groups from the two regions applied for funding but only 15 were successful, securing $1.2 million. Twenty-one, requesting funding of $1.7 million, missed out.

The new partnerships fund was set up in the wake of Doc's restructuring and aimed to reflect its new approach of working with the community to improve conservation results.

The fund has a budget of $26 million and $8.5 million was allocated this year across more than 100 community organisations involved in conservation work, including that relating to recreation and historic work on private and public land.

Previously, the Doc fund for conservation groups was focused on biodiversity work on private land.

Who the losers were was not known, as Doc would not release the information for privacy reasons.

Doc Eastern and Southern South Island partnerships manager Barry Hansen said there were considerably more applications, in part due to the wider criteria, than there was funding available.

''There were a lot of great proposals but the money ran out.''

However, as it was a rolling fund, those who missed out could apply next year.

The funding was awarded on a three-year cycle so who had really missed out would not be known until the first cycle was completed, he said.

There were many disappointed people, but Doc would either direct them towards more suitable funding options or help them with their application for next year.

''It is the first year of a new fund, so there were a few teething problems.''

A debriefing would be held on the process, which for the first time included local input from conservation boards, so it should be better next year, Mr Hansen said.

Doc had made a concerted effort to ensure that small projects, as well as the larger, more established ones, received funding through a moderated process. In Otago, that resulted in the Waianakarua river mouth wetlands development receiving $7863 and Waikerikeri woody weed control $4600.

Dunedin projects had been quite successful, which reflected the community interest in conservation and the well-organised and resourced groups.

''They got what they deserved.''