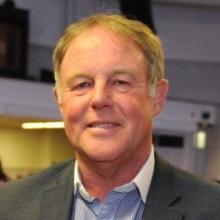 David McPhedran
Dunedin accountant David McPhedran has been removed from the register of members of the New Zealand Institute of Chartered Accountants after being found guilty of professional misconduct.

Earlier this month, the institute's appeals council dismissed an appeal relating to penalty, costs and name publication. There was no appeal against the findings of guilt.

He had previously pleaded guilty to the breach of the code of ethics. The charges arose from complaints by former clients around the Your Business Team business that he co-owned, and an advisory and mentoring business that traded as 10X.

The tribunal found McPhedran was "hopelessly conflicted". He furthered his own interests at the expense of two clients, taking advantage of them when they were vulnerable, and was deceitful in some of his dealings with them.

In its decision, the appeals council said both of McPhedran's clients came to him seeking objective, independent and professional advice. Both of them ended up "losing their businesses altogether".

As well as his name being removed from the register of members, McPhedran was ordered to pay costs of $70,000.

The institute sought publication of its decision on the Chartered Accountants Australia and New Zealand's website, in Acuity magazine and in the Otago Daily Times with mention of his name and location.

The names of the companies in which his entities became involved were initially suppressed, but suppression was later lifted to reveal they were Murray and Elizabeth Bell, of Whitestone Post in Oamaru, and Graham Roper, of Dunedin, from New Zealand Safety Brokers.

Mr McPhedran has lodged papers in the High Court in Wellington seeking a judicial review of the disciplinary processes employed against him by the NZ Institute of Chartered Accountants.

Michael Laws, who is representing  Mr McPhedran, said his client sought that a judicial review consider previous accounting industry disciplinary tribunal and appeals council decisions "that effectively stopped Mr McPhedran from being able to properly defend himself against two complainants".

Pleading guilty to charges and not turning up to hearings to defend his actions , how does that work as a defence?
If you read the outcome , the 'appeal' was against the penalty, not the facts that he admitted. McPhedran admitted to a number of charges that acted "without authority and/or in breach of trust..."

Mr Laws - Advocate General (what ever that means/as he calls himself) appears to have failed to understand the facts, where as numerous Lawyers including QC's, Accounting peers, including fellows (tribunal/conduct/complaints committee) , 'lay members' of the various committees members, have been presented with over the past 2 years and formed the decisions published. Note also that 2 defence legal firms/legal teams were used by Mr McPhedran.
On a side note, I hope Mr Laws hasn't been using his ORC email address to send emails to the various parties as an "Advocate General."

Graeme Roper, made this above comment and is one of the complainants.
I took on this case because I am convinced that Mr McPhedran has been the victim of a miscarriage of justice. Papers alleging exactly that with considerable detail as to that injustice were filed with the High Court on 6 May. Always happy to advocate for those who are wronged by the authorities and this man clearly has been.