From Dunedin to Disney and back 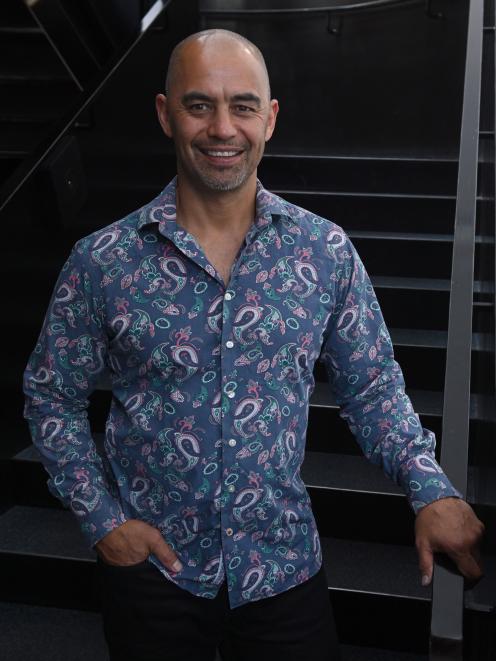 In a way, Steven Renata reckons he has come full circle.

His journey has taken him from Dunedin to Disney and back again in what could only be described as an inspirational story.

It is one that involves screeds of hard work, a poster of rugby great Sid Going and a small-town Otago upbringing which contributed to his values later in life.

Mr Renata (53), who now works with the likes of Netflix and Disney, was in his home territory this month.

He delivered a keynote address at INNOV8HQ — the co-working space in Dunedin’s warehouse precinct he co-owns with sister Heidi — and spoke at the prizegiving of his old school Tokomairiro High School.

The life skills gained from that small-town South Otago community, coupled with education, sport and fitness, created a launch pad for him to live as a "global citizen". "You can make it from Otago," he said.

Born in the small township of Kawakawa, Northland, he was raised in Milton where he was head prefect during his final year at Tokomairiro High School.

He was the "sports guy not the swot guy" and he was self-described rugby mad with "Super Sid" Going his ultimate hero.

He cut the All Black great’s photo out of a rugby almanac and that has been in his possession all his life.

Another sporting hero was tennis player Bjorn Borg and he tried to purchase the tennis star’s signature Donnay racket in Milton.

Back then, he wondered how he was "going to do it" coming from Milton; even going to Dunedin was "huge" for him. But he was now grateful for that upbringing and the caring nature of a small community.

Embarking on tertiary study, he was easily distracted — he didn’t like homework and studying — but he found fitness to be his ally; if he broke up his studying with going to the gym and doing a workout, then he could focus.

In 1994, Mr Renata gained a master’s degree in marketing, one of the first Maori graduates to do so from the University of Otago.

That was followed by a career in Maori tourism at Auckland University of Technology and then a founding partner role with Les Mills International which took him around the world.

The move from the fitness sector into media technology was, he acknowledged, "quite a big jump".

He is now based in Auckland where he is chief executive of media tech company KIWA Digital, which was also making an impact from Dunedin to Disney, whether it was the Whitiwhiti Ora app to help Dunedin City Council staff increase their engagement with Maori, or dubbing technology for hit movies Moana and Frozen 2.

The sector shift came from a desire for "a little bit of a change in life" from being an employee and minor shareholder in an "amazing" organisation, to being in his own organisation with a bigger influence.

There was a flipside to the "romance of being your own boss" which included huge accountability, responsibility, less capital and support.

In making such a shift, there were always things that were not anticipated, even with the best due diligence and, like the stockmarket, the technology and media sector was always moving, he said.

Mr Renata was not a software developer-type person; he came from a background of selling fitness experiences so it was all an enormous learning curve, even just learning the acronyms involved in the tech world.

The world was moving at pace; people could try to avoid technology but, at some point, "it’s going to connect with you".

Even with all the obstacles and challenges he encountered, Mr Renata could "still see the big picture" and he relished being in charge of his "own waka".

KIWA Digital built native digital apps. Its legacy had been in children’s education and, more recently, it had moved into adult education with cultural intelligence apps.

That included working with Air New Zealand to help with staff training with te reo and tikanga Maori. It also did ADR audio replacement and dubbing.

KIWA Digital had the ability to "literally change the world". With 10 full-time equivalent staff, plus contractors, it was technology that allowed a business that small to work with a giant such as Netflix.

This year was the International Year of Indigenous Language and cultural intelligence (CQ) — of which he was an avid supporter — was the new workplace "buzzword", he said.

Consumers now wanted content in their own language; the subtitle was the mainstay of localisation for many years and dubbing was more expensive. But what was being seen now was the consumer being the connoisseur of dubbed content.

There had been a new shift with dubbing and pressure on content owners to make sure that they delivered quality content.

To satisfy consumers, there needed to be great content, great people to voice over, and technology and it was in that space that KIWA Digital fitted, he said.

KIWA was starting to get industry sector recognition for its quality and capability and, over the next 12 to 24 months, that would become a commercial reality.

It was his old chief executive at Les Mills International, Jill Tattersall — KIWA’s executive chairwoman — who introduced him to KIWA Digital, initially in a consulting role. He bought a large chunk of the business six years ago and enjoyed working alongside both Ms Tattersall and KIWA founder Rhonda Kite.

When it came to the future of business, Mr Renata could see the traditional model of a business having "bricks and mortar" was changing. As businesses incorporated more technology, there was less need for that bricks and mortar; instead, what was needed was great hardware and fantastic software.

There was also the idea of co-working with other businesses and sharing those spaces and technologies, which led to sharing business practices and problems.

In Dunedin, it was a "really safe environment" to do business — there was something about the city that "Just feels calm".

Another of his learnings from Milton was not just hard work but endless hard work; he remembered his parents working on Saturdays and he continued to work on Saturdays.

"No-one in the world has ever been successful in 40 hours a week. How can you be? Forty hours is just getting warmed up, doing the basics. It’s people that do 50 and 60 hours regularly that get masterfulness.

Mr Renata enjoyed working hard and had conditioned himself to be able to work long hours. The flipside of that was getting to experience the fruits of that work, and to work with some amazing people — "you wouldn’t get that with the 40-hour guys, you wouldn’t be talking to the Reserve Bank this morning".

For the likes of those conversations were the result of years of "putting in the graft" — sometimes not knowing if that was going to pay off. But he worked hard and he dreamed, he said.

Exercise still gave him clarity and allowed him to calm down. It also meant he was energised to take on "really big decisions".

Making sure you were your best self to make those was important, as there were potentially major consequences for getting it wrong, he said.