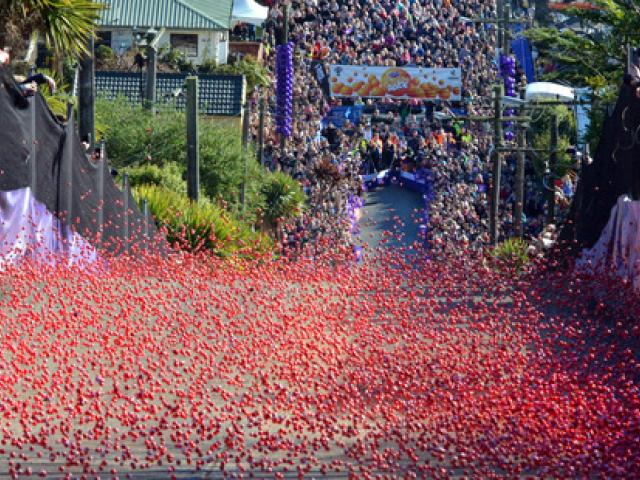 Today Levin-based confectionery company RJ's announced the signing of a deal with Mondelez International to take over the manufacture and production of Jaffas.

If it did this, production would most likely be at its Levin factory, she said.

Bringing back Dunedin's annual race of Jaffas down Baldwin St was "definitely" something the company would investigate, she said.

"It's such an iconic race. So if it's something that the Dunedin community want then absolutely we'll have a look at it.

"Levin is very, very flat, so not good for Jaffa racing. If we were going to look at it at all, you'd want to keep it at it's home which is in Dunedin.

"It just all depends on what support we would get to look at doing that."

In May, Mondelez confirmed the closure of its Dunedin factory which was then making its local New Zealand Cadbury's products.

RJ's will supply the first batch of Jaffas to the New Zealand market on October 22. It is gearing up to go into production this week.

Ms Law said the Jaffas would taste no different to the ones currently made by Mondelez.

"We have done blind taste tests and nobody could tell the difference."

RJ's is producing the Jaffas under a licence agreement with Mondelez, and does not own the rights to the brand.