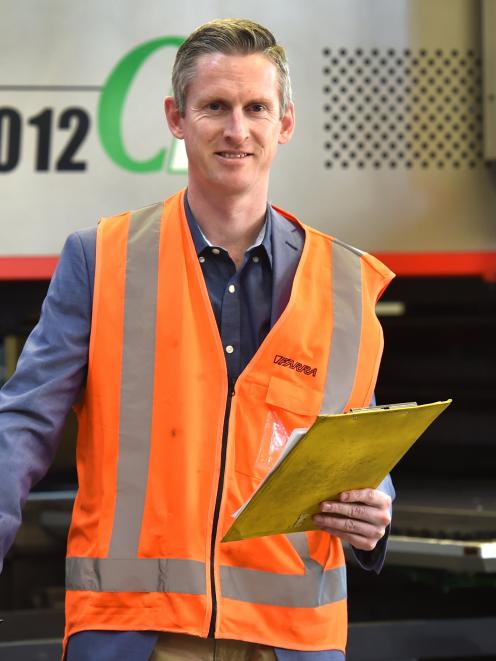 Southland Otago Regional Engineering Collective chairman Gareth Evans said the Tiwai Point smelter closure would be felt across the sector: ‘‘it’s bad for all of us’’. PHOTO: PETER MCINTOSH
The closure of the Tiwai Point aluminium smelter is "disastrous" for engineering in the South and it will send shockwaves through the sector.

"Twelve months doesn’t give the ... businesses affected very much time at all to adjust.

The closure would have implications for the wider engineering sector, Mr Evans said.

"You’re taking one of the largest consumers of engineering services out of the Southland and Otago region.

"It’s going to mean that some engineering companies and some supporting companies are going to end up leaving the industry if they’re too dependent on the smelter.

"It puts more skilled people on the market. But it also takes a huge chunk out of the demand side."

Mr Evans is chief executive of Farra Engineering in Dunedin and even though his business only did limited work for the smelter, he expected it to hit them in some way.

SOREC was set up to build more resilience in the engineering industry but it was nearly impossible to avoid the disruption the smelter closure would cause.

Many companies had tried to diversify away from relying on the smelter, but "there’s just only so much you can do", Mr Evans said.

"Even if you’ve diversified away, you’re still going ... to take a pretty big hit."

He hoped workers associated with the smelter would be able to go into new products and services, but 12 months did not give much time for that to happen.

For the businesses with reduced work after the smelter closes, they would have to take a close look at their business strategy.

"Everyone’s just going to have to have a look at their strategy and say: ‘How do I survive in an environment where there’s a lot less work to go around and it’s a lot more competitive?’."

He said most companies he had talked to had already "quite substantially" revised down their forecasts for the next 18 months.

"We’re not talking 5%. Most companies are expecting a pretty big post-Covid economic hit. You throw something like Tiwai [closing] on top of that [and] it’s disastrous, to be honest."

The engineering sector would continue to have a skills shortage and Mr Evans pointed out that for every job lost at the smelter, there’s an engineering job created somewhere else in New Zealand.

"We’ll shed some jobs in Invercargill.

"People should definitely still consider it as a career option.