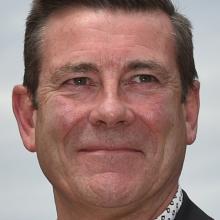 Mr Woodhouse told Parliament’s transport and industrial relations select committee  the visa — launched last year by Immigration New Zealand in partnership with the Edmund Hillary Fellowship — had "exceeded my lofty expectations for it". The visa gives migrant entrepreneurs a pathway to residency by giving them a work visa with open conditions allowing them to apply for permanent residency after three years.

Nigel Bickle, deputy chief executive of Immigration New Zealand, told the committee investor visas had been successful, but typically missed entrepreneurs who were younger and might not necessarily have $10million in capital to park "into a range of investments". The pilot project was off to a good start and  applicants were showing an interest in industries including augmented reality, virtual reality, biotech and agritech, he said.

Mr Woodhouse played down fears migrants were mopping up jobs at the expense of New Zealanders, telling the committee many long-term migrants were on working holidays or were international students and that the strong inflow of net migration was being compounded by Kiwis returning from Australia and more residents choosing not to leave.

Still, there were sectors that needed migrant labour to plug gaps that would typically be filled by the essential skills visa, and  employers were saying it was much harder to access international labour markets through that mechanism than it used to be, Mr Woodhouse said.

"These are highly correlated to where the demand is and where the work is and because of that, arbitrary cuts to labour market-tested work visas would be devastating to some industries," he said.

Rising immigration has been blamed for putting upward pressure on housing prices, which are seen as becoming increasingly out of reach for young first-home buyers, while also combining with a tourism boom to drive consumer spending and boost economic activity.

Despite some industries facing skills shortages and struggling to attract staff, the net inflow of migrants has largely been absorbed by employers creating new jobs, which has meant wages have been relatively flat in recent years.

The Treasury’s chief economic adviser, Tim Ng, told Parliament’s finance and expenditure committee this week  he did not expect wage pressures to emerge until the unemployment rate fell below 4.4%. New Zealand’s unemployment rate is  at 4.9% at present.