Export containers being left behind 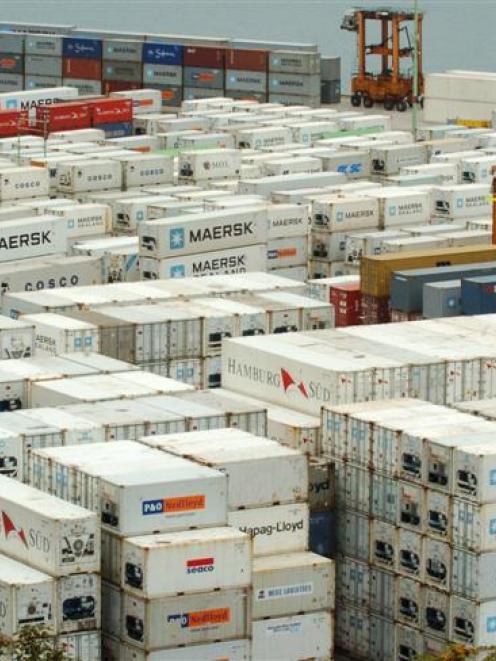 Despite Otago importers enjoying a 40% drop in freight rates, imports are down, and with Otago in its export "peak season", space freed up on ships is not sufficient, resulting in the exporters of non-perishable goods having their containers "rolled" or bumped off ships, with an extra wait of up to a week before they can be loaded on another vessel.

In a small number of cases, contracts and letters of credit of Otago exporters have been compromised while waiting for loading off the wharf, and deals have been broken.

Mark Willis, a director of DCB International, Dunedin's largest freight company, said the situation had come about because of an "imbalance" between imports and exports.

Where there are 10 containers being imported into Otago, there is a requirement for 15 export containers, most of which are forward-contracted for refrigerated cargo, the peak season for which is from December to April.

"This is the most volatility I have seen in the past 20 years of shipping," Mr Willis said.

Bumped containers are generally having to wait a week before they can be rebooked. However, one ship was overbooked a fortnight before sailing and had subsequently bumped 25 containers.

Port sources could not supply a weekly average for the number of containers "rolled", but emphasised it was a weekly occurrence.

One source suggested inadequate security paperwork was causing some containers to be delayed.

While, historically, there had always been problems during the Otago peak season, the number of containers being left on Port Chalmers wharves at present was the "worst case" Mr Willis had seen in 20 years.

Maersk, Port Otago's largest customer, signalled in August last year it was cutting more than 100 ship calls to Port Chalmers, with container numbers expected to fall from a forecast 225,000 to between 170,000 and 180,000, Higher-priced perishable cargoes were given space priority, but Mr Willis said exporters with bumped containers found themselves potentially breaching delivery contracts or letters of credit.

"This can prompt deals falling apart. Yes, that has happened, in a small number of cases," he said of Otago exporters.

Mr Willis said the net supply and delivery of new ships stretched a long way out, and, subsequently, with the world-wide recession, "the bubble would burst with over-tonnage" and rates would remain competitive.