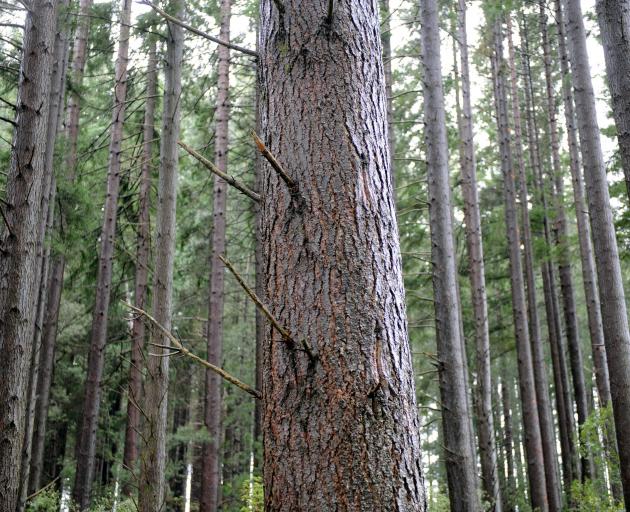 However, a forestry executive said while it was coming, the shortage would not be within the next decade.

Investment brokers Forsyth Barr have released an industry report which suggests log exports will peak and then drop by 35% within a decade.

The report found the lack of planting activity after the 1990s forestry boom would lead to a shortage of export logs.

Dunedin City Council-owned City Forests chief executive Grant Dodson agreed there would be a shortage but did not believe it would occur in the next 10 years.

Wood supply forecasts showed there would be strong harvest activity over the next 10 years and then in the mid-to-late 2030s there would be a drop as the last of the late 1990s planted forestry was harvested.

That meant the shortage would be ‘‘a little way off yet,’’ Mr Dodson said.

There was not as much private planting done in the early 2000s as forests were turned into dairy farms or lifestyle blocks.

Harvest levels for corporate forestry companies, such as City Forests and Wenita Forest Products, in the short to medium terms would be ‘‘static’’ as they were harvesting in state owned forests, Mr Dodson said.

There was a lot of planting happening now but that would not be ready for another 25 to 30 years, he said.

The forestry sector had a strong run through the Covid-19 pandemic but the Chinese market was starting to be impacted by one of the country’s biggest real estate developers, Evergrande Group, slowing development while it struggled to avoid defaulting on a billion dollars worth of debt.

‘‘That is causing a bit of a softening in the China market,’’ Mr Dodson said.