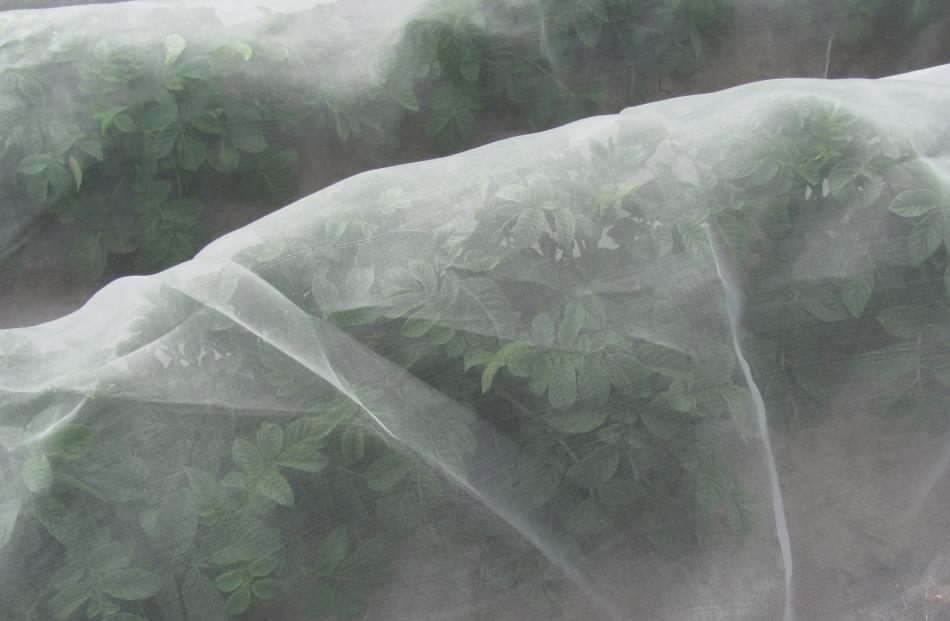 Jessica Dohmen-Vereijssen and Charles Merfield give tips on managing the tomato/potato psyllid at the CROPS 2014 expo. Photo by Maureen Bishop

The mesh covering, used widely in Europe, has been used effectively by organic growers in Canterbury and Hawkes Bay. It was also found to give a high level of control of potato blight.

These findings were presented at the Foundation for Arable Research's CROPS 2014 expo at Chertsey last week.

About 100,000ha of mesh was in use in Europe with hundreds of hectares on individual farms.

The covers were now the only means of controlling root fly on turnips and swedes as there were no legal effective chemicals left, he said.

Mesh covering was designed to have the minimum effect on the plants with just a 1degC average increase in temperature under it.

With mesh size going down to 0.3mm, it could keep out pests as small as thrips.

Jessica Dohmen-Vereijssen, from Plant and Food Research, had some key messages for the management of the psyllid in Canterbury.