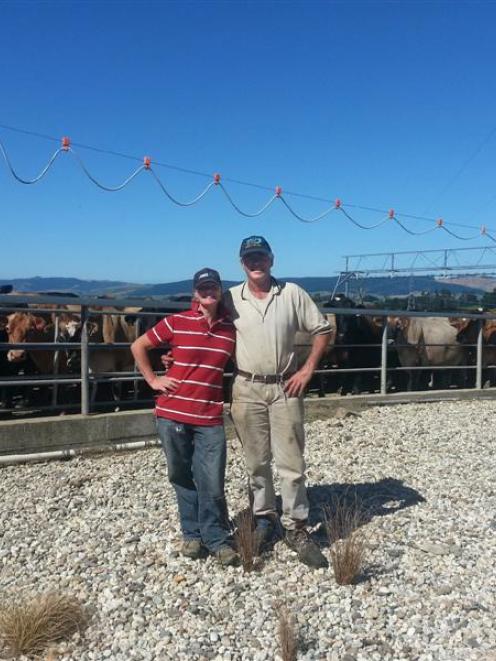 The opening date for entries in the 2015 competition is August 1 and Mrs Bearman encouraged people to enter. It was a good forum to promote farming in a positive light and the ''good things'' people were doing on farms needed to be highlighted, she said.

From their perspective, they got to tell the story of their farming operation and feedback from the judges was very positive. It also made them sit down, look at it and realise that they were ''doing OK'', she said.

Mrs Bearman enjoyed the diversity among the entrants - they were not all dairy farmers or sheep farmers and the Otago supreme winner was McIntosh Orchard, at Earnscleugh - and the fact they could pick up ideas from other properties.

The process was well set out and all the information they required was provided.

''It gave you a good basis as to what they were going to judge you on,'' she said.

The judges described Mr and Mrs Bearman as a hardworking couple who had transformed a difficult property into a profitable and sustainable business through strong awareness of personal, business and social priorities.

Both originally from Canterbury, the couple worked for Tasman Agriculture before buying their farm in 1999.

Making the transition from sharemilking to farm ownership came with ''a few hiccups'' but learning was all part of the process, she said.

When they bought Kilkenny Farm, about 15 minutes from Milton, it was only semi-converted and they had come ''a long way since then''.

They had gradually developed the farm's infrastructure, including enlarging the herringbone cowshed from 20-a-side to 40-a-side and installing a new effluent system.

In 2010, they leased a neighbouring 100ha property for young stock, wintering half the herd and making supplements.

They had gone from milking 200 cows to about 420 this season and achieved record production of 405kg/ms per cow last season.

Judges commented on a low-input farming system well suited to land contour and soils, with a focus on long-term financial sustainability.

There was emphasis on cow health and production through good pasture management and choice of pasture species to suit climate.

Careful consideration was given to fertiliser use and there was an advanced understanding of water quality management, effluent design, riparian management, efficient nutrient use and stock management.

In 2010, the couple employed a manager, Thomas Hewitt, having decided they wanted time for broadened family, social and community priorities.

Mrs Bearman was active in the business, including the day-to-day management, liaising with Mr Hewitt.

One of the most valuable assets of a farming business was its staff and their operation was no exception.

''You can't farm a place like this without good staff,'' she said.

Since Mr Hewitt joined the team, Mrs Bearman had been able to spend more time on governance roles.

She helped to establish a Tokomairiro catchment group, promoting the importance of minimising sediment run-off and protecting water quality to farmers and the public. Farmers needed to be aware of the Otago Regional Council's new water quality rules and embrace the changes, she said.

When it came to the couple's plans, Mrs Bearman said it was basically about future-proofing the business.

They wanted to get rid of the remaining ''gorsy gullies'', get a little more into farm forestry, reduce debt and perhaps employ a contract milker at some stage, allowing them to ''step back a bit''.

The farm environment award judges commented on the couple's ''admirable community involvement''. Both were keen Rotarians, involved in projects making significant contributions to the community, and they also enjoyed golf.