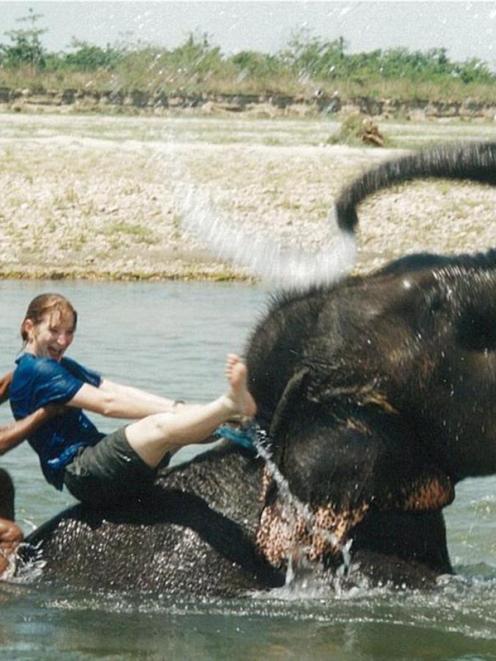 Carolyn Beaver rides an elephant in Nepal on her way to work as a vet in the UK. Photos supplied.
Ever since she could remember, Carolyn Beaver wanted to be a veterinarian.

With a passion for animals and anything medical, it seemed a natural choice for the young woman from Whangarei.

She graduated from Massey University as a veterinary surgeon in 1999 and spent three years working as a mixed-animal practitioner in Whangarei, while also doing volunteer ambulance work for St John. 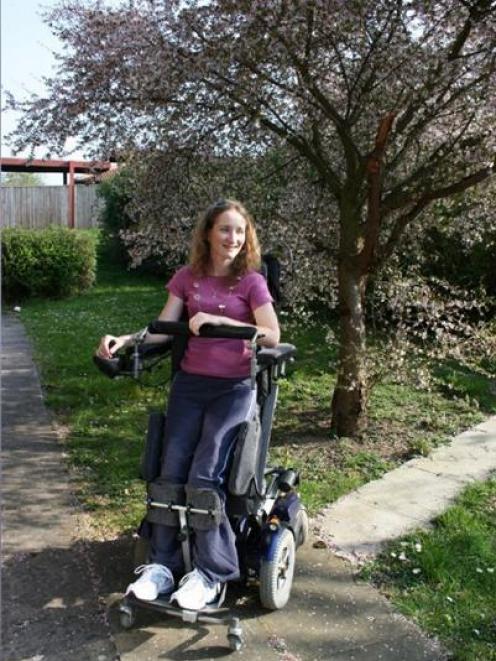 Carolyn Beaver spent six months in rehabilitation in Stoke Mandeville Hospital in the UK after a horse-riding accident.
Like many other young Kiwis, she decided to travel to the UK to work, increase her opportunity for travel and pay off her student loan.

The work was varied and she was part of the veterinary surveillance and management team during the 2001 foot and mouth outbreak.

She decided to stay on longer than her initial two-year plan to do further postgraduate study that was not available in New Zealand at that time.

She was working in a small animal veterinary hospital in Upminster in Essex and studying towards her certificate in small animal internal medicine, the area in which she had decided to specialise. 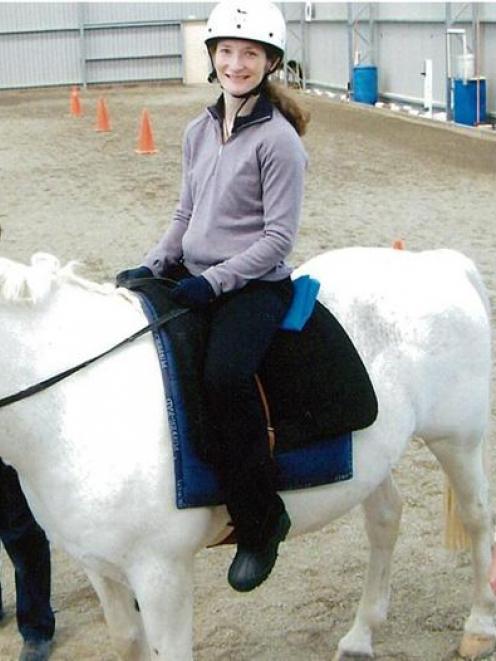 Carolyn Beaver has always had a love of horses.
Her plan was to finish her certificate and then move back to New Zealand to live in Whangarei on a lifestyle block, surrounded by animals.

On the morning of November 29, 2006, Dr Beaver was exercising a client's horse when it got a fright and bolted.

She fell off and hit a tree, fracturing her fifth cervical vertebra and receiving a spinal cord injury resulting in incomplete tetraplegia.

After six months of rehabilitation in hospital in the UK, she returned to New Zealand for a further five months at Burwood Hospital in Christchurch.

As she had received her injury in the UK and had been working over there for more than six months, she was not eligible for ACC compensation.

While she acknowledged there had to be "lines drawn somewhere", it was unfortunate, she said.

She had always been very conscious of having insurance and when she started working in the UK, she had professional indemnity insurance, disability cover and income protection.

When she decided at the end of the two years, during which she had been on a working holiday visa, to stay on and do further study, she transferred to a sponsor's work permit.

But disability insurance escaped her mind - until she was lying in a hospital bed - and she admitted it was "stupid".

But it was also something that many people probably did not think about and she urged anyone travelling overseas to make sure they had adequate cover "if things happen".

Such an injury could happen to "any one of us" and while life did not end, it would become more challenging, she said.

Those with spinal cord injury should still be able to feel productive and contribute to a life that was satisfying for them - and that was what Dr Beaver had set about doing.

A position as a research assistant became available through the Burwood Academy of Independent Living (Bail), an organisation based at Burwood Hospital that is committed to improving the life experience of people recovering from serious injury and illness.

At the time, Dr Beaver thought it would be a good "stopgap" until she could get back into veterinary practice.

Her aim post-injury was always to return to being a clinical vet but her hand function, despite tendon surgery to get better grip and movement, meant it was not really going to be a safe option.

While "a little part" of her still did not want to give up the dream of getting back into the consulting room, she looked at other ways of contributing to science and maybe helping others who had had an experience similar to hers.

Rehabilitation and spinal-cord injury research was fascinating and very worthwhile and, hopefully, it would become her passion, she said.

She is in the second year of a two-year postgraduate diploma in rehabilitation through the University of Otago, and has plans for further study.

Dr Beaver (36) was philosophical about her situation, saying "everyone has days when things are pretty hard".

Right from when she was in intensive care, she was "just so grateful" not to have a head injury.

Looking at those who were unconscious or on ventilators, she realised that while she might not be able to move, at least she could think and speak and communicate with others.

Things could always be worse, but that did not mean that every day did not present challenges, she said.

Dr Beaver recently had a spinal cord stimulator inserted to try to help with the pain and spasms, the two most challenging effects from the injury.

Depending on how that went, she and her husband, Doug - he proposed two months after her accident - hoped to have a baby.

The couple met at a student wildlife symposium in South Africa in the 1990s.

Home for the couple now was Upper Hutt, where they enjoyed living in a quiet suburb.

Used to being a very active, sporty and outdoors person, Dr Beaver found it very challenging not being able to go out for a run and cycle.

That was one of her primary areas of interest in the spinal-cord injury field - how people with mobility restrictions could continue to maintain fitness, which became very difficult once they were not able to use the big muscle groups.

One of her goals was to get a hand-cycle so she could get outside and exercise.

Another goal was to get a modified vehicle so she could drive herself and regain some independence.

Hoping to raise $25,000 to assist Dr Beaver are Ostler Wines and Dome Hills Station, in North Otago, which have teamed up to organise The Team Carolyn Long Lazy Lunch at the Dome Hills Station homestead, at Livingstone, on Sunday, October 14.

The five-course lunch will be enhanced by Bevan Smith from Riverstone Kitchen, Jim Jerram from Ostler Wines, Simon Berry from Whitestone Cheese and Kevin and Esther Gilbert from Lievito Bakery in Dunedin.

There will also be an auction in which items include everything from a dog service and wine to designer clothing and a weekend at Dome Hills Station Lodge.

Anne Sinnott, who is lead researcher at Bail, described Dr Beaver, now one of her fellow researchers, as articulate, compassionate, brave, resilient and a wonderful communicator.

Her perspective, when it came to research, was both scientific and personal, and she had no doubt she would end up contributing to spinal-cord injury repair.

With a member of the local community affected by spinal-cord injury, Cindy Douglas, of Dome Hills Station, said it was something that was close to her heart.

A keen horsewoman who lived in rural New Zealand - where many injuries were sustained - and also a mother with children overseas, there were "so many reasons" for her to become involved, she said.

She enthusiastically picked grapes each year at boutique vineyard Ostler Wines, where money was given to The New Zealand Spinal Trust based on the work of volunteer pickers.

She saw it as a "big-picture thing", saying you never knew when a family member, friend or community member could be affected.

Ms Sinnott agreed, saying "anyone can break their neck at any time just doing the very things the rest of us do - driving cars, riding horses, skiing down hills, riding mountain bikes".

Dr Snell said the Christchurch earthquakes had brought home how vulnerable everyone was to experiencing significant traumatic events, and it was not just a certain few in the wrong place at the wrong time.

People needed to be aware and ensure they were adequately covered, particularly if they travelled overseas. If they had an accident, they might not have access to some of the support on their return to New Zealand.

Bail focused on working hard to develop careers and pathways for people who had sustained serious traumatic injuries.

It had a group of "stars" - young people who had suffered terrible traumatic injuries that had caused a dramatic change in their life, yet they were embracing a new pathway.

It had been a privilege to be able to work with Dr Beaver as both a colleague and a friend, Dr Snell said.

Tickets are still available for The Team Carolyn Long Lazy Lunch. They cost $120 per person and can be booked by contacting Emma - sales @ostlerwine.co.nz.

Donations are also being accepted and can be made by either emailing the same address, or contacting Cindy Douglas (03) 431-2585.